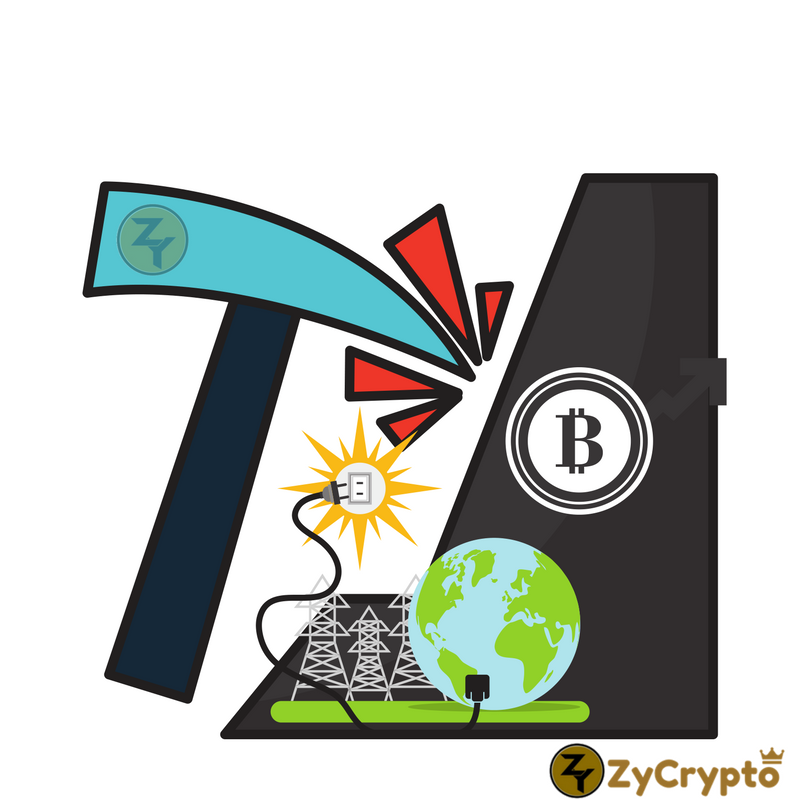 Finance analyst, Jordan Rochester, claims Bitcoin mining may affect industries like coal because projections indicate that mining requires as much electricity as an entire country.
Jordan Rochester, a finance analyst at Nomura, suggests Bitcoin will start to impact traditional markets and that this may occur in the energy sector.
Rochester’s analyst come primarily from energy forecasts made at Digiconomist data. The online forecasting group specializes in forecasting figures related to Bitcoin. The firm, however, are somewhat hobbyists, who don’t claim to be sole experts in the field of energy consumption.
Digiconomist suggests that Bitcoin mining operations consume 33.2 terawatt hours in power due to recent demands in Bitcoin price. The rate increased in November by 26 percent and it rivals energy rates of entire countries!
Rochester interpreted these figures as indicating that Bitcoin mining will continue to impact energy markets such as coal. He reasons that the harder the Bitcoin algorithms are to crack, the more energy is required to mine them. He adds that China is both the largest coal producer and largest host of Bitcoin mining groups in the world. It may seem plausible that the Bitcoin mining operations may result in a demand for more coal.
Digiconomist continues to make projections relating to the Bitcoin market. In March 2016 they projected that Bitcoin’s energy consumption would match that of Denmark in 2020. It is important to remember that these are projections and they don’t necessarily take into account other factors that may affect the consumption index.
One researcher, Jens Malmodin at Ericsson Research, is skeptical of the index because it would suggest Bitcoin mining requires around double the amount of electricity to that of Google, Amazon, Microsoft, Facebook, and Apple combined. It seems plausible, however, that Bitcoin mining will impact other markets such as it already has done with NVIDIA and AMD chips.