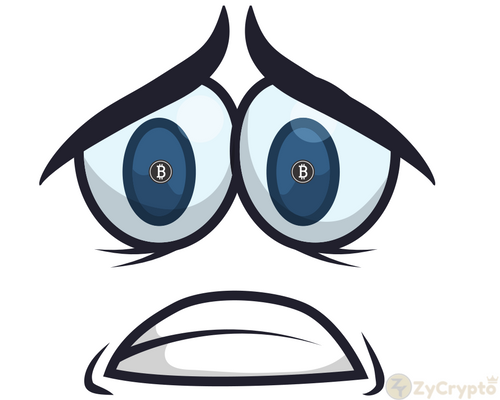 Bitcoin has nearly crossed over a ‘death cross’ and this is worrying a lot of financial analysts.

Paul Day, a technical analyst from Market Securities Dubai, predicts a 76% drop from the February profits. He suggests that the price could even drop to around $2,000. The analyst has been watching Bitcoin for many years and says he is quite confident about his predictions given that certain thresholds are not broken during the process.

The death cross occurs when the EMA 200 > EMA 50 and although the two haven’t crossed yet they are very close to doing so. The proximity hasn’t been this close since 2015 when the price was significantly lower.

The point to take away from this is that a sell signal this big has not been around for many years. The death cross comes at a time when interesting developments are occurring on the global stage including a possible trade war in America and increased regulation of digital currencies the world over.

A slow moving average that rises above the fast moving average is definitely not a signal of bullish behavior. The opposite pattern is called a golden cross and the price has pivoted between the two for some time.

It seems at this stage that the pattern is not in favor of a bull run. The golden cross and death cross often come before a definite pattern of future returns whether they be profits or losses.

An investor may find this a good opportunity to short the Bitcoin price. Otherwise one may wish to sell BTC for another price until this trend starts to change direction. The direction of Bitcoin’s price seems to be in dire straits from many different angles.

The price, however, may rise significantly after the drop, making this a good opportunity to find out where exactly Bitcoin will finally find its floor.