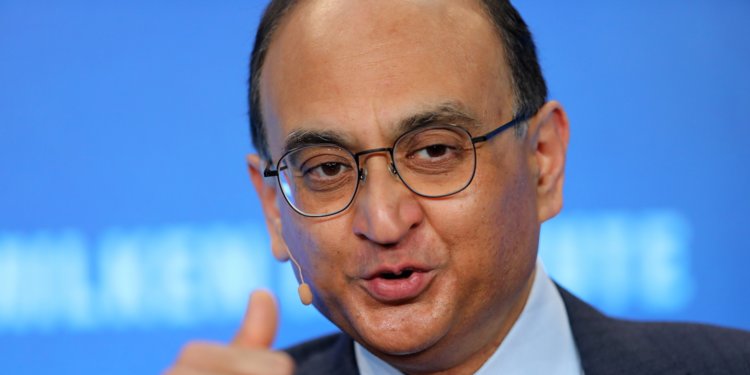 Vasant Prabhu, the chief financial officer of Visa Inc, may have given the most arrogant and polemics interviews of his career.
In a conversation with the Financial Times, the high executive of the financial firm joined the group of traditional banking advocates who believe that Bitcoin is a bubble and therefore has no intrinsic value or backing. Something that, according to his position, does have the traditional fiduciary currency that he so much defends.
During his interview, just after the first comments, people are able to get a glimpse of Mr. Prabhu’s opinion of the people who invest in Bitcoin. According to his words, it is “shocking” to him that an ordinary person can think of investing. According to his words, when this happens it is a clear sign that there is a bubble involved.
“This is the ultimate thing that you hear about when you have a bubble, when the guy shining your shoes tells you what stock to buy,” the Visa executive said.
He continued the interview by saying that this types of people “scare him” when they ask him for advice. Apparently, the Chief Financial Officer of a payments services such as Visa cannot seem to be able to advise people of limited means:

“The people asking me are the ones who scare the hell out of me,” he said. “You know, guys like the limo driver to the airport (…) They have no idea what they are doing.”

He continued, as expected, taking the opportunity to disqualify not only the users of , but also the altcoins themselves. He described them as”phenomenal” means for illegal activities, a situation that in theory is more difficult and should not happen when the traditional banking system is involved.

“It’s very hard to get dirty money through a banking system. Cryptocurrency is phenomenal for all that stuff … Every crook and every dirty politician in the world, I bet, is in cryptocurrency.”

According to his opinion, cryptos are mostly used as instruments to speculate through trading and not as payment mechanisms. This is obvious given the novelty of the cryptos and the strong competition they have against the traditional systems of control of the economy.

“My personal view is that cryptocurrencies are more speculative investment commodities than payment options, operating in a very unsettled regulatory environment. The markets are testing cryptocurrencies today with the volatile fluctuations we’ve seen recently. It’s early days and we’ll watch it very closely.”

The protection of traditional money, in his opinion, is based on the certainty of knowing who issues and owns it. On the contrary, the existence of a white paper supporting a crypto, the investment in mining and the immutability of the records of a distributed ledger do not seem to be enough to identify the existence of some support for a currency.

“With a currency issued by the Federal Reserve, I know who stands behind it,” Mr. Prabhu said. With cryptocurrency, he said: “Who’s good for the money? Who the hell knows?”

Some very harsh words against crypto enthusiasts, Especially now that Bitcoin is facing a bearish run