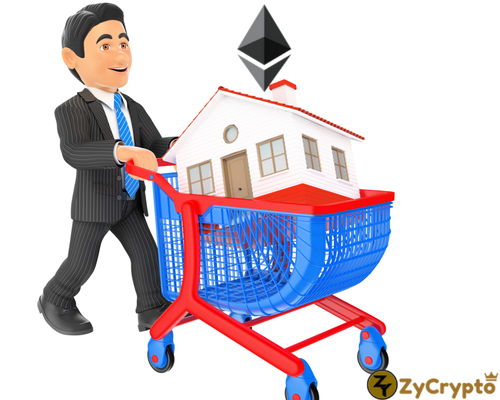 Cryptocurrencies can be used for a variety of purposes, in addition to being an alternative to fiat currency. One such alternative use was seen recently in the US state of Vermont, where, for the first time, details of a real estate deed was recorded only using the power of blockchain.
The ethereum blockchain was used to record the transaction, which was initiated by Propy Inc., a blockchain based real estate marketplace. The deed was done in the city of South Burlington and used Ethereum to transact and record all the details of the deed instead of using the city’s system.
The Secretary of the Vermont Agency of Commerce and Community Development, Michael Schirling, hailed the move and called it as proof of Vermont’s history of allowing for innovation in businesses and financial technologies. He also talked about the framework designed for the regulation of such schemes in the state and said that they are continuing to work with the government of Vermont to ensure smoother operations.
The program was first announced in January 2018 in association with Vermont’s lawmakers as well as the city clerk’s office of South Burlington. According to CEO of Propy, Natalia Karayaneva, this project would lead to significant savings due to the use of blockchain and would help the city and the state to gain a higher degree of efficiency in governance. She also talked about the additional safety measures the company takes to ensure the safety and integrity of data.
Many analysts believe that if blockchain based pilot programs such as the above would succeed, then many brokerages as well as other companies would be ready to adopt the same futuristic technology on a larger scale, leading to higher efficiency and cost savings. It would also reduce the time taken to process these transactions to a matter of minutes instead of days or weeks.
Other countries, like Sweden, are adopting blockchain technology in a big way. The mapping and land registration authority of the country is already migrating to blockchain technology and it is expected that they would complete their first transaction using blockchain in a matter of months.
It remains to be seen how blockchain gains relevance in other fields. It is a robust and secure technology, but is still marred by controversies.