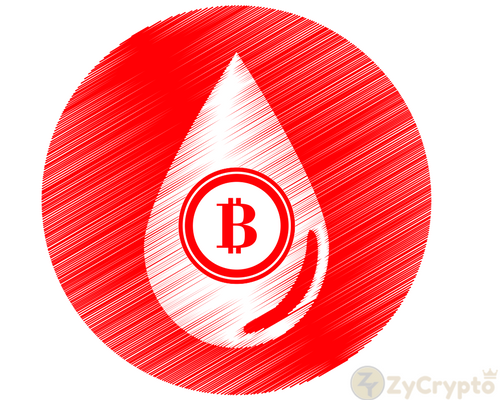 The advent of virtual currency in our time has been more of a blessing than otherwise, as the wonders of digital monies keeps unfolding to us on a daily basis.
No doubt that in the nearest future Cryptocurrency would still be blazing.
The crypto market is currently going through a period of the bloodbath. Bitcoin  analysts have predicted a bleak future for the price of BTC

Bitcoin had one of its most amazing years since its invention over a decade ago just last year; especially towards the end of the year as the price skyrocketed to almost $20,000 for one Bitcoin.
John Mcafee, known as ‘Bitcoin bull’ even predicted sometime back that the digital currency will shoot to $1 million by the end of the year 2020. JPMorgan Chase’s chairman and CEO, one of Bitcoin’s strongest critic who called the coin a ‘fraud’ made an open apology believing the currency is legit.
The year 2013 can never be forgotten in the history of Bitcoin as it is considered as the year that has the highest crash in Bitcoin price so far.
Price of Bitcoin went down from $233 to $67 in April which was a $71 drop within 12 hours, then in November that same year there was a 19% decline from a value of $1,126  within 24 hours it recovered again on Dec. 5th to $1,155 and continuously started increasing and decreasing by 47% and 41% respectively.
The last straw that year was when the price dropped to a meager $503 by Dec, 19th declining by 56%, It took another three years for the price of our precious Bitcoin to be able to break the bound of Hundred into thousands again.
A recently posted graph by Bloomberg reveals that Bitcoin will suffer a terrible loss if the 50-day moving average reaches the 200-day moving average or goes below it.
Technical analyst Paul Day from Market Securities Dubai Ltd reveals that the price of Bitcoin will drop to $2,800 after comparing the 2013 Bitcoin price incident with the present Bitcoin price issue.

“There’s been a definite shift over the last couple of months after the bubble activity at the end of the year 2017”, Paul claimed.

Some other analysts who share the same view as Day include; Robert sluymer and Charlie Munger. Munger described Bitcoin as “a noxious poison” expressing his disgust and hate for the coin since its invention.
The alleged pending doom worries Bitcoin Hodler’s and investors at large; this, however, is not the worst that the virtual currency has experienced, as there is still hope for a bounce back.