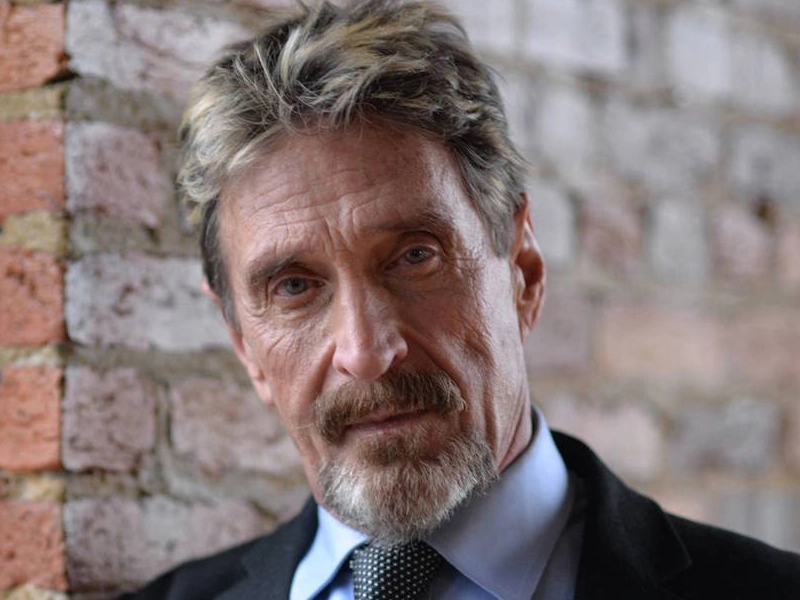 The famous programmer, known for his anti-virus software program, the McAfee anti-virus has recently uploaded a video in a tweet showing him jet skiing.
John, despite being known for his programming skills has also in recent years been called the “fortune teller” of the cryptocurrency market. It seems any predictions he makes is always on target, and this has fetched him a large fan base.
ZyCrypto had previously reported his latest predictions on cryptocurrency prices here.
Quoted in is Tweet which he shared via his official Twitter account, John McAfee said:

From the clip he shared, he was having fun with people who supposedly are his family members. Not minding his age, he seems to be youth at heart as he has committed the best part of his time to following and adopting new technologies unlike people of his age group who will probably be dazzled by technological developments in the world today.

What McAfee Is Up To

The 72 yr old go-getter isn’t stopping at just predicting the future of cryptocurrency, he’s releasing his fiat currency, with a difference. These notes are said to be tied to a new cryptocurrency coin called the Redemption Unit Coin.
Though the project was said to be a hoax, John had himself confirmed that the project was going to be launched fully on the 25th of June, 2018.
In a tweet he wrote to confirm this, he wrote:

“The ‘McAfee Redemption Unit’ is real and coming in 26 days. The graphic is low res—don’t want to give much away yet. Printed on currency paper, holographs on both sides, serialized, linked to the blockchain, redeemable, convertible, collectible.”

The notes, though not yet in circulation, as explained by McAfee will be redeemable for real-world products and services.
To further confirm this, ECoinMerce, a decentralized marketplace has announced it would receive the “collectible fiat currencies” as they referred to it.

“We love the idea of reversing what banks are attempting by creating a collectible fiat currency backed by crypto. But due to the restrictive and expensive nature of actually using the currency, we want to give all future MRU holders another option to spend it in case they can’t or don’t want to travel to Mexico.”

Lastly, his recent update was a declaration that he would run again in the next U.S. elections despite a failed attempt in the past.
All the best to the young, old man in his future ambitions.