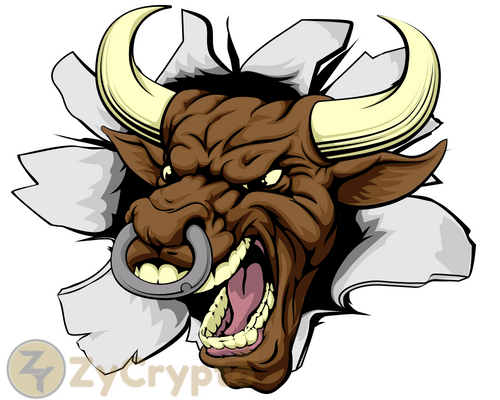 EOS, which currently ranks 5th position with a market cap of over $11 billion has despite the fact that it pulled back as seen on the cryptocurrency markets has begun to receive some gains as the EOS Main Net platform draws close.
A lot of EOS investors are expecting the price to MOON with McAfee who’s a British American Computer Programmer and Businessman who has of recent influenced the price of cryptocurrencies, predicting the price of EOS to soar above $32 by the end of July. However, the release of MainNet means holders has a couple of days to register or entirely lose their EOS tokens.
McAfee’s Price Prediction For EOS
It worthy to note that no particular person has the “crystal ball” for this market and price predictions are all based on assumptions and self-opinion on where things will likely head in a period.
Nevertheless, John McAfee who has been tagged the new “Fortune Teller” of the cryptocurrency market, but anyone who will follow his prediction should do with utmost caution.
McAfee on Twitter released a statement, displaying in a graphic form prediction for few cryptocurrencies saying:
“Bitcoin will surpass $15,000 in June. Will dip in July.
GNT (Golem) will surpass $5 by the end of July
Docademic will hit $.73 by mid-July
Bezop will hit $0.52 by mid-July
Bitcoin private to surpass $200 by the end of July
EOS will hit $32 by the end of July.”
McAfee who seems to be pretty confident of himself said in a comment on his tweet that he was going to reveal his basis for his predictions if his June 12 prediction hits and that he has never been wrong on any speculation, not even once.
Though EOS all-time high was at $21.46 which it made at the end of April before the decline, everyone is watching first to see that resistant level broken and hopefully see McAfee’s prediction come to reality.
EOS is currently priced at $12.55 as at the time of writing.
What EOS Token Holders Are Expected To Do
With MainNet launching on the 2nd of June, this means there are just a few days left before EOS quits functioning on the Ethereum blockchain, rendering its present ERC-20 tokens useless.
It’s therefore crucial that all token holders register their token before the lockdown, and this must happen before the 31st of May, 2018.
Though it’s risky, you can have your tokens transferred to an exchange where you will not be required to do anything extra to get the new tokens running on the MainNet.