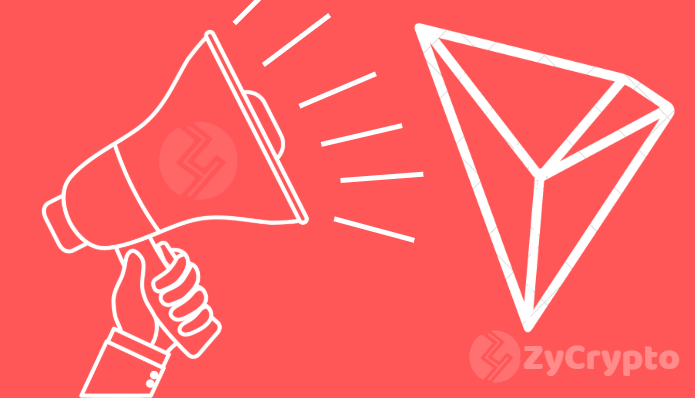 Tron foundation sure has an unbeatable tradition and marketing strategy to captivate users and enthusiasts with attractive incentives. This strategy has been adopted by Tron and it is working for them, its users known as Tronic are very committed to the digital platform, always expecting some handouts from the platform.

Tron has won the hearts of the Tronics with its model of generosity and appreciation for users. A few hours ago, Tron CEO, Justin Sun, made an announcement on Twitter that he would offer ten Tronics an opportunity to win their new swag collection. This will be for those who are able to state what they expect from Tron or blockchain.

Thanks #TRONICS for being part of our amazing community! Tell us what you are excited to see within the #blockchain industry or on #TRON platform in the future, and get a chance to win our new swag collection! I will randomly pick 10 winners from the comments. $TRX pic.twitter.com/TKVypIfehi

Mr. Sun expressed his gratitude to the Tronics for supporting the Tron community, this is not the first time Tron is extending generosity to its members.
After the acquisition of BitTorrent, users were offered incentives of its cryptocurrency. When users download content, they pay seeders with tokens as part of the incentive.

BitTorrent brought up a new incentive plan a little bit like what is already on the ground using Tron coin as a tool to provide users with incentives. So users only need to get the Tron token, spend more time on the platform to qualify for the incentive.

Sun planned to extend financial rewards to those users who seed, hoping that it would lead to faster download and better content retention. Receiving the token allows it to be used as a payment to increase the downloading content speed.

Tron has experienced a continuous increase in the number of its users, most of its platforms double the number of users within a short time. A lot of services are provided free of charge, and this has also helped to speed up the network.