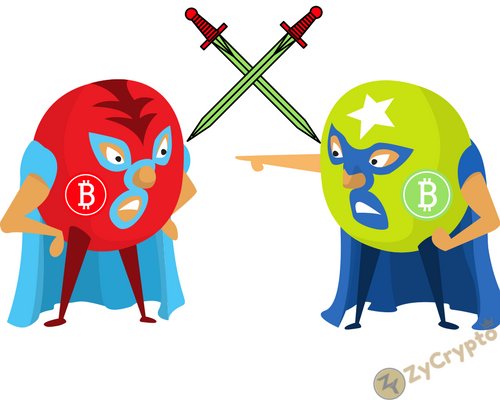 The first Bitcoin came into existence on the 3rd of January in the year 2009. The decentralized currency, which was designed to circumvent the traditional payment system consisting of financial institution and governments, quickly started gaining users and fan due to its futuristic concept and design.
These fans used Bitcoins to conduct transactions for things big and small. These fans called in their friends to join in on the Bitcoin fun, as they emailed companies left and right to incorporate payment support for Bitcoin. Overall, they functioned as a single team, which was called Team Bitcoin.
But, as the years went by and Bitcoin started gaining in value as well as attracted more people, it started gaining the attention of the mainstream. Journalists, governments and technology bigwigs started noticing the currency and even started to use it.
This led to Bitcoin reaching its operational capacity, and the team realized that if nothing were to be done soon, payments over the superfast network would become slow and would take a long time to be processed. The effect would be higher prices, which ran contrary to the basic principles of Bitcoin, which was superfast and low cost payments for all.
This led to the division of the team in two groups – the small blockers and the big blockers. Both groups had their unique school of thought to the Bitcoin issue and they believed that they were in the right while the other group was in the wrong.
Last year, in the month of August in 2017, the big blockers decided to part ways and created their own version of Bitcoin after cloning the blockchain and the transaction history.
They called this new currency Bitcoin Cash, and said that everyone who had Bitcoin prior to August 1 2017 would get an equal number of Bitcoin Cash. The Bitcoin Cash team considered the split to be a hard fork, meaning there was no chance of reunification with the core Bitcoin system.
This started the discord between Bitcoin and Bitcoin Cash, which continues to this day, with members of both team throwing insults, petty garbs to each other. It has somewhat become a battle of ‘us’ against ‘them’ between the members of the two communities, with no signs of a truce or a reconciliation. Both communities accuse people who do not take a side in this war to be shills and working for the other side.
Ultimately, the only difference between Bitcoin and Bitcoin Cash is the fact that Bitcoin Cash allows for larger batches of transactions to go through its network at a given period of time which allows it to process more transactions per second. On the other hand, the Bitcoin team improved transactions speeds on its infrastructure by moving some data off the Bitcoin blockchain.
It remains to be seen whether these teams continue their battle and sully the name of the community or set aside their differences for the betterment of the cryptocurrency community as a whole.