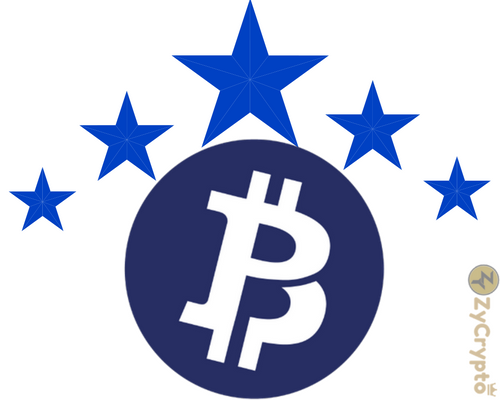 Bitcoin Private, one of the many forks of the Bitcoin core cryptocurrency, now ranks among the top 40 cryptocurrencies by market capitalization on the 12th of April, 2018. The new cryptocurrency ranks 31st on CoinMarketCap and saw a growth of over 100% percent in 24hrs and now trades at $31.04.
If this growth is maintained, we could see the Bitcoin Private overtaking the Bitcoin Gold, which is another version of the Bitcoin cryptocurrency. Market Capitalization for the Bitcoin Private currently stands at $633 million.
What makes Bitcoin Private Special?
One unique characteristic of the Bitcoin Private is that it uses the Equihash hashing algorithm. Since the genesis block which took place on the 3rd of March, it has been added to various crypto exchanges like Exrates, Nanex, Trade Satoshi, and Octaex. Cryptocurrency exchanges like Binance and HitBTC have also shown interest in listing the BTCP on their exchange platforms.
Bitcoin Private is a fork of both the Bitcoin and the ZClassic protocols and was forked at blocks 272991 and 511346 respectively. The Bitcoin Private crypto implements strong privacy to other forks as it uses the zk-snarks (zero knowledge snarks) privacy technology feature which is also found in ZClassic. With this feature, transactions are published on a public blockchain, but the sender and recipient are being kept private.
Like other cryptocurrencies, the Bitcoin Private’s decentralized nature provides another advantage, just like bitcoin. Transactions on its network are peer-to-peer, only between the sender and the receiver, cutting out intermediaries.
The nodes verify transactions on the blockchain using cryptography. The larger blocks on the Bitcoin Private blockchain makes transactions quicker than any other version of Bitcoin.
The Bitcoin Private algorithm is ASIC resistant and also GPU friendly for miners. There are over 70 contributors and 20 engineers working on the BTCP initiative.
It’s clear that the core Bitcoin blockchain protocol lacks anonymity and privacy. Though the government has referred to it as being anonymous many times, it’s far away from it. People who are concerned about security disguise their identities when using bitcoin.
There’s been a lot of proposals by various developers to implement features from the Monero protocol to achieve an untraceable platform in future.
Till that happens, there’ll probably be more forks which will offer better upgrades concerning security and anonymity.