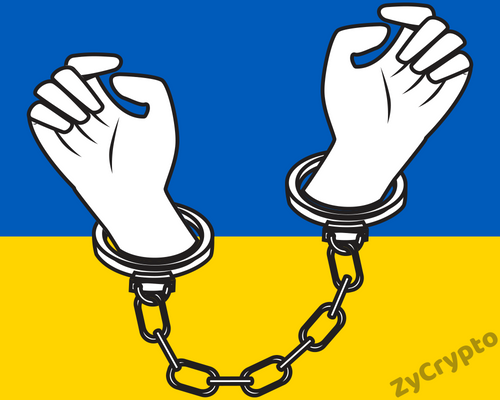 Four individuals have been arrested by the Ukrainian cyberpolice who have of recent been involved operating illegal cryptocurrency exchange platforms. A report showed these young men had managed six platforms, closing each after they had raised a substantial amount of money from the unsuspecting members of the public.
As reported in a press statement on the National Police of Ukraine official blog,

“The criminal group consisted of four people. Attackers, with special knowledge and skills in the field of programming, have created their own CMS-system for managing the content of exchange sites. The created web resources imitated the legal activities of web-exchangers from multi-directional conversion of crypto-currency and received fake positive ratings.”

After the police were hinted of the activities carried out by these guys, the department responsible for combatting cybercrimes swung into action, locating their whereabouts and bringing them into justice under Part 3 of Art. 190 (fraud) of the Criminal Code of Ukraine.
Findings showed the individuals were of young ages between 20 – 26 years of age and lived in the city of Dnipro; the fourth largest municipality in the country with a population of over a million inhabitants.
The young men collected public funds in digital wallets registered with false documents of foreign citizens. After a considerable deposit was made, the criminals simply closed down the platform and opened another to start collecting more deposits all over again.
The platform used included moneycraft.info, wowex.online, swapex.net, myexchanger.lv, iconvex.net, and likechange.biz.
The police acquired a warrant from the Rivne local prosecutor’s office has conducted a search at their place of residence and have discovered and seized their gadgets used for these illicit acts which included computer systems, mobile devices, external storage devices, and debit cards.
All these are surfacing as the country in recent time has made a move to legalizing cryptocurrencies. This move, definitely has increased the demand for the virtual assets. Unfortunately, criminals have taken advantage of this opportunity as well to scam the public of their hard-earned cash.