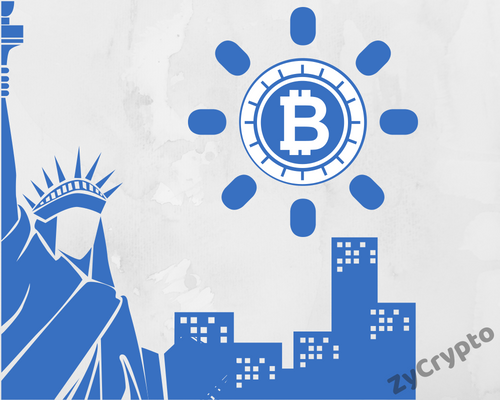 Shaped in form of a coin with a width of seven meters and weighing a sizeable three tons, the first Blockchain monument was mounted in Slovenia’s fourth largest city Kranj at a roundabout in the center of the city earlier this year.

Bostian Trilar, the mayor of the city noted that its residents were made to vote for what they’d like to be placed at the roundabout, and Bitcoin monument came out tops, while Bitstamp and 3fs, a Blockchain tech startup funded the monument.

However, the first statue aimed at honouring the founder of Bitcoin, Satoshi Nakamoto is currently in the works in Ukraine and will be erected in Country’s capital city Kiev, precisely at Shevchenko Boulevard which once had a monument to Vladimir Lenin, the father of the Soviet Union, before its removal in the Ukrainian revolution in 2014.

The move is backed by an organisation known as the Satoshi Nakamoto Republic who also intends to build a virtual monument, which viewers can see using an app when tablets and smartphones points at a plinth which will be located at the intended side of the statue. The app is to be developed by Raccoon World, a VR firm.

A Co-founder and First Ambassador of the Satoshi Nakamoto Republic, Andriy Moroz explained that Vladmir Lenin symbolises the past and the presupposed inventor of Bitcoin represents the future. He spoke to Radio Free Europe and stating that:

“The monument to Lenin was a symbol of last centuries that had already passed, leaving conflicting feelings in the hearts of people. Satoshi and the decentralization of society are a new era and new opportunities,”

Future plans for the organisation includes its goal to purchase an Island to establish a city in the name Satoshi Nakamoto City. The organisation also seeks to incept what is termed a “virtual decentralized blockchain-republic” where random cities worldwide will bid to host a Nakamoto statue, the winners will earn the largest amount of cash.

With the winners being the cities which collect the largest amounts of money. While big cities like Dubai, Beijing,Tokyo and New York have already in the game, the biggest statue of Nakamoto will be conserved for the Satoshi Nakamoto City.