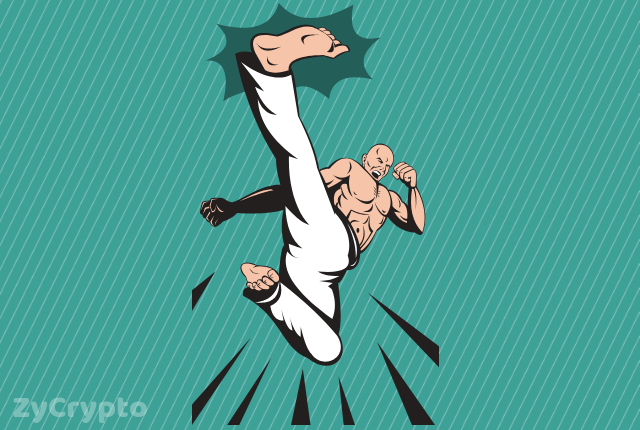 Bitcoin Gold will no longer be traded on Bittrex, and that’s because the two entities seem to be at loggerheads with each other. Just this weekend, Bittrex delisted Bitcoin Gold (BTG) from its trading platform.

It Was Their Fault

The decision came after BTG refused to cover half the amount of money lost in a hack that affected Bittrex some months ago.  Bittrex is one of the popular and largest crypto exchanges in the world.

A statement from BTG alleges that Bittrex demanded a payment of $256,000 (12,372 BTG) as compensation for the hack. However, BTG declined to use its private assets to pay for another company’s losses that resulted from the latter’s failure to follow security guidelines to protect its network.

According to BTG maintainers, BTG did everything in its power to help and warn exchange platforms against the attacks, but apparently, Bittrex failed to take the warnings seriously. Being a separate entity, BTG had no power to compel Bittrex to adhere to the security policies given.

The hack that happened between May 18 and May 22 this year is said to have been a combination of a double-spend attack and a 51% attack. A 51% attack is an attack that gives the hackers ability to modify transactions on the network.

According to BTG experts, hackers used servers from a crypto mining market called NiceHash to overload the BTG network and gain control of more than 50% of the computational hashrate of the network.

With the double-spend attack, hackers deposited cryptocurrencies in various platforms. They would then convert the funds into different cyrptos and transfer them to other addresses.
They would then use their network control powers to invalidate the transfer transaction to get back their deposits. Since this action works like a charge-back, it ended up with the trading platforms losing money.

However, although the hackers did this many times between the given dates of the attacks, they didn’t affect other users’ accounts. Only the trading platforms were affected. BTG claims to have taken precautions to warn trading platforms to scale up their network security to prevent such attacks.

They also alerted the platforms about the particular wallet address used by the attackers. However, Bittrex didn’t institute these security precautions, and that’s how it ended up losing money.

BTG says that the delisting by Bittrex isn’t likely to affect it because Bittrex wasn’t its top choice in the first place. According to data from CoinMarketCap, Bittrex is world’s 23rd trading platform by popularity while BTG takes position 29 among cryptocurrencies.