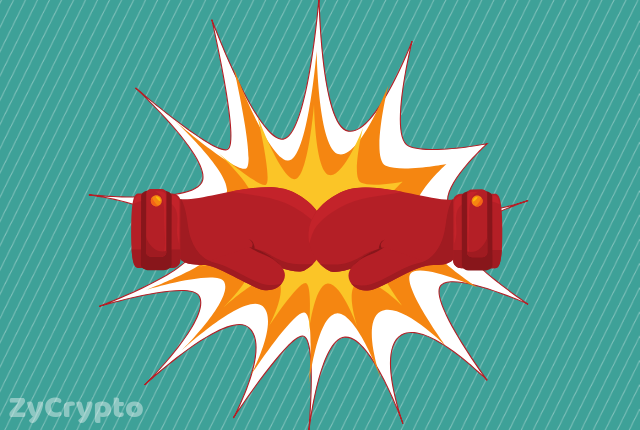 There has been an increase in hacking operations in recent times targeted majorly as cryptocurrency exchanges since they have a good investment in the cryptocurrencies and crypto tokens listed in their site.
Coincheck in Japan had at the beginning of the air turned out to be a victim after about $500 million worth of NEM was stolen.
Towards the third week in May, there was a hacking operation that was targeted at Bitcoin Gold (BTG) which affected some undisclosed cryptocurrency exchanges. It lasted from May 18- May 22, and approximately 3.5 days. That led to a loss of about 388,000 BTG worth close to $18 million at that time.
The attack was in two found which are called the following in cryptocurrency operations:
1) 51% attack: this is a hacking operation where a hacker could gain entrance into a cryptocurrency mining network and control the computational hashrate of the exchanges. This was done through the hashrate they bought from the Nicehash cryptocurrency mining market.
2) Double spend: this is achieved after the hackers had taking control of the market and then used more than insert any value for the crypto holding with an exchange, sends the money to another exchange and then converts it to other cryptocurrencies. They return to the first cryptocurrency exchange and reverse to their true balance.
Bittrex exchange had asked the BTG maintainers to bear half of the loss of about 12,372 BTG loss they had which is like $256,000 by paying 6000 BTG or $128,000 which the later refused.
Some of the reasons for this refusal are:
1) The maintainers warned exchanges of the hack and to raise transaction cost for BTG: this is to ensure that the hackers will lose most parts of the hack crypto during exchange but it was not implemented.
2) They asked exchanges to refuse deposits from the hackers wallet address : they were of the thought that only Bittrex exchange did not take the warning.
3) They can’t come into operations of a legal entity: Bittrex exchange is registered legally so BTG maintainers could not have moved into their server as a private body to stop the hack.
Consequence for the refusal by BTG maintainers to pay half of the lose is the recent delisting of BTG from Bittrex exchange which the BTG team did not take serious as Bittrex is not in the first top twenty cryptocurrency exchanges in the world according to information on Coinmarketcap.