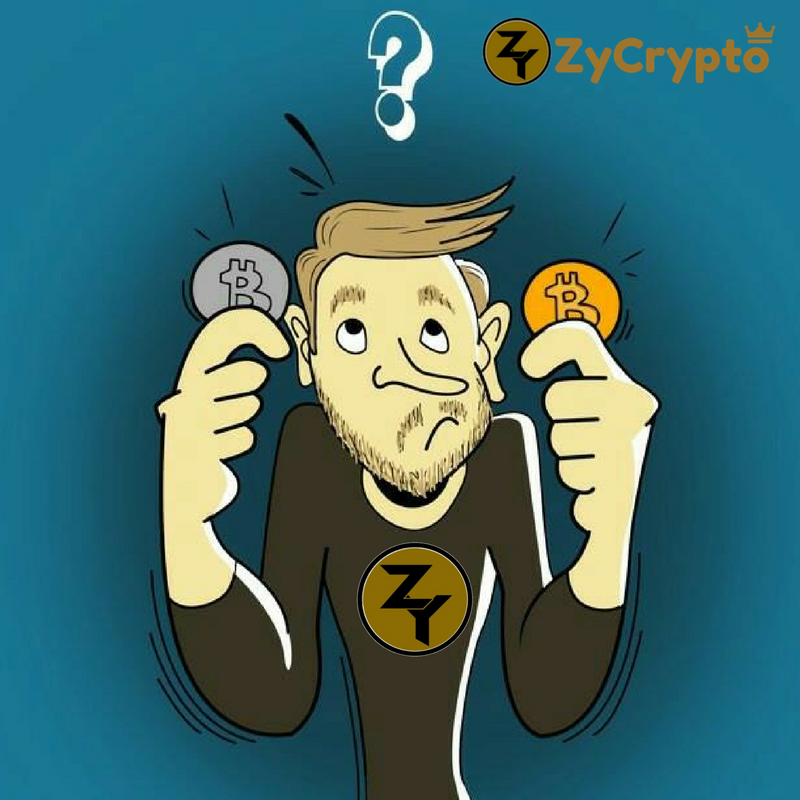 Bitcoin is both a currency and the name of the actual protocol that governs the rules of that currency. As a protocol, Bitcoin users, developers and miners can assert their power in choosing what set of protocol rules the majority adopts and uses.

Recently, on Aug 1st, a user activated-soft fork (UASF) known as Segwit2x, allowed the network to adopt segregated witness, a controversial update that enabled a fix for transaction malleability and will enable a new settlement layer built on top of Bitcoin known as the Lightning Network.

This fork also predates another fork which will raise the Bitcoin block size to 2MB later this year in November. However, a subset of Bitcoin users felt that these changes were not true to Satoshi’s original vision, and on that same day, the Bitcoin Cash fork was formed.

This new fork kept the original ledger, but opposed the new segwit features, effectively giving every Bitcoin holder on that date the equivalent supply of the new currency. Both forks were successful and now Bitcoin Cash (BCH) trades on many major exchanges and has found a community of users.

Now, another faction is planning a hard fork for October 25, known as Bitcoin Gold (BTG). What is this new hard fork and what does it aim to accomplish? Today, we will delve into the heart of the movement behind this new fork and explore what it could change and its potential impact on Bitcoin.

Planned for October 25, a group of users and miners have planned to perform a hard fork on the Bitcoin blockchain. Surprisingly, they have elected to change one of the oldest and core parts of the protocol, known as the SHA-256 proof-of-work. What is proof-of-work and why have they decided to change it?

In Cryptocurrencies, there are two kinds of systems that determine how the currency is issued and secured on the network. One is proof-of-work, which is where machines perform repetitive hashing until a winning number is found, thus securing the blockchain and issuing a reward to the winning miner or mining pool, where it is split amongst participants.

In other coins, a system called staking accomplishes the same by electing stakeholders. Bitcoin is a proof-of-work coin, and is based on the SHA-256 hashing algorithm. This algorithm has proven to be very effective and has stood the test of time for securing the Bitcoin blockchain.
However, due to its ease of being parallelized and implemented in hardware, massive mining operations and specialized hardware known as ASICs (application-specific integrated circuits) have emerged.

This has given Bitcoin the highest hashing rate and security amongst cryptocurrencies, but also has led to centralization of mining, which many in the community feels puts the control of Bitcoin governance to a small consortium of miners and equipment manufacturers.
This is the issue the Bitcoin Gold developers think they can solve. They aim to achieve this by migrating to a new hashing algorithm, EquiHash. Why did they choose this hashing algorithm and what will it mean for Bitcoin and its users?

The Bitcoin Gold developers have chosen EquiHash, a hashing algorithm known for it’s use in the privacy-enhanced currency ZCash. By doing this they claim that they can achieve a democratization of mining and make mining tractable by CPU and GPU hardware once again.
With all of this promising news, you may wonder – why aren’t the Bitcoin core developers and community at large backing this change of algorithm? Also, what could possibly go wrong? Let’s look at the controversy surrounding this new fork and how it could affect Bitcoin on October 25th.

Many have stated that this project seems rushed as its target block number inches ever closer, and also feel that the developers leading the effort are doing so in a disorganized manner.
One glaring omission is the lack of a testnet deployment – an alternative chain used by developers but not intended to have value, that would help in determining the correct activity of the fork.

The team, however, has stated that it is a priority – but it’s unclear if it will be used before the main Bitcoin Gold network goes live. Another examination reveals that 1600 blocks will be pre-mined as opposed to distributed to the mining community at large, which raises some distribution concerns.

Also, it is possible that the source code may be lacking replay protection, a safeguard that prevents real transactions on one chain from affecting funds on the other. Should Bitcoin Gold be deployed without this security, it could affect ordinary Bitcoin wallets that are not patched.
The Electrum team behind the popular soft wallet has stated that they have such safeguards in place and will allow users to choose the chain their transactions are broadcasted on should a split occur.

You Decide The Future

No other cryptocurrency has been as pioneering and battle-tested as Bitcoin. Whatever new insight this experiment brings as Bitcoin continues its ascent, it will always be up to the community and developers to assume the role of stewards of this new era of financial technology.

What are your thoughts on the Bitcoin Gold project? If a fork occurs, do you plan to hold BTG or participate in GPU mining? Let us know your thoughts on this and all of the upcoming protocol upgrades to Bitcoin Core in the comments!