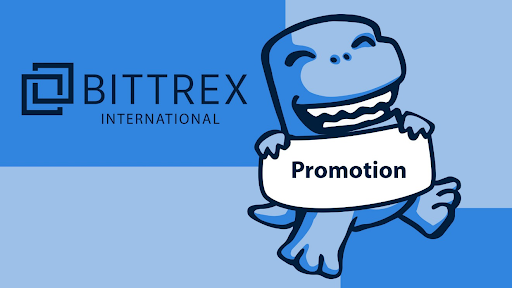 The distribution of the Bytom tokens will not be made available to just any user, as a user must at least hold more than 100 BTM to be eligible for the airdrop token. The token will then be distributed accordingly, the more BTM you have in your Bittrex international account, the more token you are likely to receive.

Bytom is a whole new different concept altogether, its set to bridge the byte world and the atomic world, by promoting the interaction of assets between the two worlds while creating diverse assets and a programmable economy. The Bytom public blockchain is an interactive protocol of multiple byte assets.

It is a heterogeneous byte asset that operates in a number of forms on Bytom blockchain and atomic assets (warrants, securities, dividends, bonds, intelligence information, forecasting information and so forth), it can also be registered, gambled and exchanged in other more complicated and other inter-operations via Bytom.

The launch of its mainnet on April 24 has elevated the position of Bytom and shot it to prominence among its peers in the industry. The latest milestone has also seen the firm achieve a number of the success in technological improvement and blockchain application, multiple smart contract templates and a sidechain called vapor have been released.

In its bid to achieve a global acceptance level, Bytom pitched its tent with SeaRates last year. The collaboration will see SeaRates adopt BTM as a global shipping payment. Bytom also worked with Baoquan website to upload vital information to the Bytom blockchain, in a move that will ensure the immutability of data and also paves way for application in rights and protection.

Public opinion is of utmost importance to the Bytom team, so to celebrate the one-year anniversary of the mainnet, the firm launched an AMA event on Reddit, which will give the members of the public the opportunity to ask the Bytom team any question. The window of opportunity is available from April 24 to April 29 PDT and the questions will be answered on April 30, while a whopping 5,000 BTM tokens are available for the AMA participants.