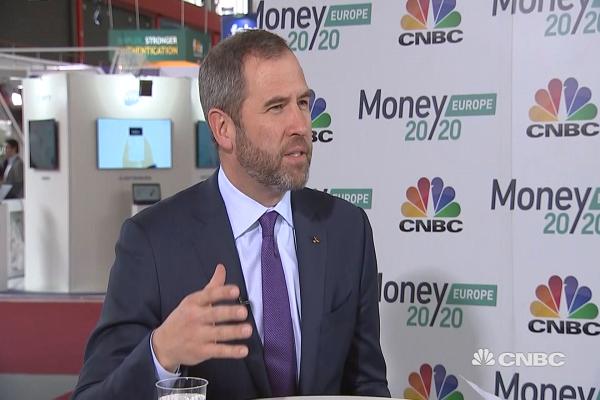 Bitcoin has been said to be the future of finance with much projections foreseeing the digital asset as the global currency. The cryptocurrency has been predicted to overtake any other medium of exchange and take the global market by storm.
However, the CEO of Ripple, Brad Garlinghouse believes otherwise on the ground of its functionality. In his interview with the CNBC, he clarified that there is no relevant race between the cryptocurrencies, however, he established that Bitcoin cannot be the global currency. Of course, it appears to be the leading digital asset, but some of the altcoins present themselves in a better package than it is.
According to Brad Garlinghouse, Ripple is thousand times faster than Bitcoin. “Ripple is truly faster than Bitcoin, even though Bitcoin has larger transaction volume than Ripple. ” According to a report, the average transaction speed of Bitcoin is 42 minutes while that of Ripple is just some few seconds.
From his analysis, it can be established that the speed of a cryptocurrency is very important in determining how a digital asset is fit to be labeled as a global currency.
Bitcoin transaction speed has been affected by the fact that it has a limited user base in the blockchain technology while Ripples makes use of the Ripple protocol in transaction instead of the Blockchain technology.
According to Garlinghouse, Bitcoin is not going to solve the problem in the monetary world and hence does not qualify to be a global currency. “I think it’s not going to be the panacea that people once thought it would be where it would solve all of these different kinds of problems. Instead, you’re seeing specializations of different kind of ledgers, different kinds of the blockchain,” he said.
Garlinghouse believes that there will not be a single cryptocurrency that would be hailed as the winner with the crown of global currency. In his interview, he said that the cryptocurrency race will produce many winners.
Jack Dorsey, the CEO of Twitter in some time ago said to reporters that Bitcoin will be the global currency in the next ten years. To him, Bitcoin will soon be used as a medium of exchange including the buying of coffee.
Of course, some restaurants and legal firms have been reported to have started accepting payments in Bitcoin. It is believed that if the cryptocurrency continues to reign as it is doing now, it will certainly take over the global market and become established as the universal currency.
It is a fact that some altcoins are faster and more convenient than the leading digital asset, however, only time will tell whether they can overtake Bitcoin in the quest for a global currency.