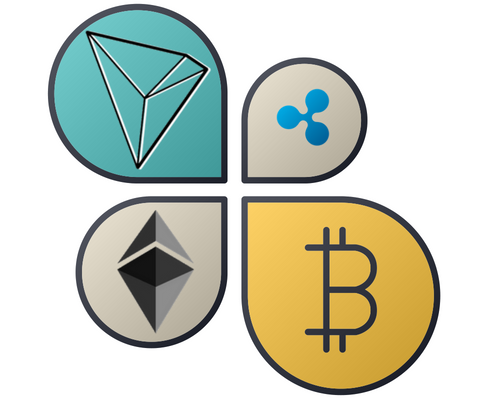 The cross-correlations between Bitcoin and the alt-coin ecosystem may be due to the fact that exchanges couple their coin pairs predominately with Bitcoin.
It has been common knowledge for some time that many of the alt-coins correlate with Bitcoin. This means that when Bitcoin has a good day the alt-coins rise in price and when Bitcoin has a bad day they fall. This could be clearly seen when Bitcoin hit a blow-off point at the end of the 2017 bull run and many alt-coins followed suit.
The crypto correlations pose a threat for the investor because such an ecosystem is difficult to hedge against. A hedging strategy would involve buying coins that inversely correlate so that losses are minimised. With digital currencies however this is very difficult to do due to the cross-correlations.
The correlations also discourage investors from branching out into other markets because why waste your time with other coins when they do nearly the exact same things as Bitcoin? Of course there are other reasons to diversify because you mitigate the risk of a coin failing altogether.
One may expect correlations between particular coins like Bitcoin and Litecoin as they share a similar origin and LTC addresses issues of speed and price for BTC users. Litecoin is also a very early coin that one would expect to have formed close ties with Bitcoin.
However, there may be a deeper cause for the overall cross-correlations and it may have everything to do with the use case design of exchanges. At the very start of the crypto exchanges there were often specific exchanges for Bitcoin and US dollars. But as more and more alt coins entered the stage it was more convenient to direct users to the USD-BTC exchange then create a link between each alt coin.
The coupling of the entire crypto ecosystem through USD-BTC exchanges has undoubtedly caused a ripple effect where alt coins are constricted to this pattern. The alt coin ecosystem exists within a bottleneck that struggles to develop independently from Bitcoin. Taking this perspective, it is little wonder that alt coins dance to the tune of Bitcoin because their very existence is reliant on the USD-BTC route to their doorstep.
An exchange could combat this problem by redesigning their use cases to decouple their system from the USDBTC bottleneck. The cross correlations may not only be strangling emerging cryptocurrencies but also may be endangering the entire crypto ecosystem with a complete market meltdown.
Exchanges like Binance and Bitmex have made efforts to address coupling problems in their use case design. Binance already has an ETHUSDT coupling but does not have one for Monero or Dash.