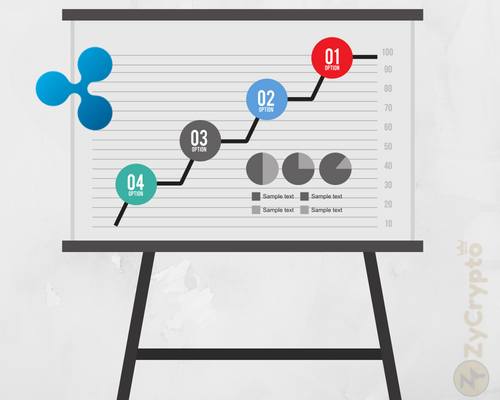 Out of the many cryptocurrencies that erupted on the internet, Ripple was one of the major talking points in the last quarter of 2017 down to early 2018. Ripple broke out from $0.2 to $3 per coin. There is one initiative and functionality that makes it stand out from the others, and that is its financial institution’s acceptability.
The success of Ripple has ever been as a result of its ability to ride on the shoulders of financial institutions through partnerships and other products. On 4th June 2018, the CEO of Ripple, Brad Garlinghouse assured all Ripple investors and stakeholders of a massive partnership with a dozen of banks by the end of next year.
Garlinghouse said in an interview with CNBC that the end of the year will see many banks making use of the Xrapid as a liquidity tool.
With respect to the Ripple price prediction, Garlinghouse refrained from it by clarifying how prices in the digital market do not solely rely on the team, but also, other forces which are known in economics as the invisible forces. “We’re one player in the XRP eco-system but there are other players as well, and so I think as we do things that enhance the utility of XRP, we’ll continue to see that eco-system grow and be healthier and healthier,” he said.
Garlinghouse sought to answer the question whether there is any plan for Ripple to overtake the biggest cryptocurrencies in the market.
Ripple lays third in market capitalization behind two powerful cryptocurrencies which are Bitcoin and Ethereum. According to him, he is not much concern about who will win and who will lose, but his concern is about the overall growth of the crypto market.

“Well, I don’t really think about it as one versus the other,” he said.

He made his answer known on the question of cryptocurrencies having any role in the financial market. People have always doubted and argued whether Bitcoin fulfill the role of being a store of value.
According to him, Bitcoin perfectly fit the function of being a store of value. This follows the comment made by the Twitter CEO that Bitcoin is the future of finance.
The recent allegation against the Ripple Company also popped up. Recently, the company was charged of being a security. In his response, he said that the lawsuit against the company in no way undermine its function. He said that XRP is not a security, and it exists independently from the company.
In his reply, he clarified that if the company is shut down, the XRP will continue to function. To him, this whole allegation is outrageous considering the fact that it comes from someone who held Ripples for about two weeks.
The Ripple is one of the leading assets which are expected to be a success in 2018.