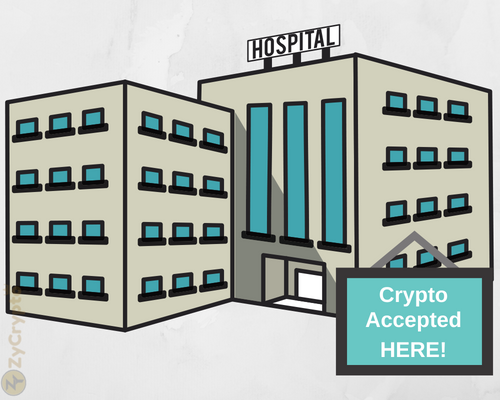 The reign of digital currencies proved how deeply rooted they have been and how promising it is to be considered in future payments when a hospital in South Korea announced its decision to accept its payment.
The Seoul based hospital has made provisions for patients who decide to make payment in cryptocurrencies. KMP Health Care Seoul made its decision to make a greater use of the emergence of the blockchain world with an introduction of an electronic wallet and an exchange platform. South Korea is known to be one of the few areas that can decide the price direction of the cryptocurrencies in the market.
The hospital has decided to operate with Coingenes, which happens to be the exchange website through which medical expenses can be paid using the Life Care Global Coins officially introduced by the hospital. With a wallet, bills can successfully be settled without any hindrance.
According to the hospital, the rationale behind this development is to broaden the scope of medical services delivered to encompass many Koreans. “We plan to continue expanding our services and technology platform to enable many people in Korea to enjoy excellent medical services and help overseas patients easily access Korean medical services,” said the hospital.
The hospital provides many services including skin cosmetic surgery, outpatient treatment, and many others. The decision to accept payment through the above named exchange platform and its associate cryptocurrency is to avoid the slow in the p2p transactions.
It is unclear how the hospital will deal with the volatility, but if the plan of other “cryptocurrency accepting institutions” is anything to go by, then it is certain that medical bills paid would be converted to fiat money to avoid any kind of rise or fall in value.
The decision to engage in this initiative also seems to have been influenced by the universality of the cryptocurrencies which makes it possible to extend services to people in overseas and bridge the gap between classes.
“With the aim of introducing medical services to patients of various classes and overseas patients by utilizing the latest blockchain technology, KMP Health Care Seoul has built a system to take LCGCs Life Care Global Coins issued by GCM instead of cash,” said the hospital.
With all these decisions and impacts, it can strongly be said that cryptocurrencies are slowly building themselves to storm the global economy.