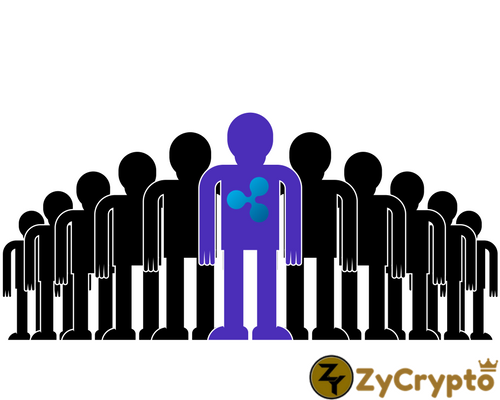 Ripple has been one of the best performing cryptos during last year. Its stability and solidity made it dethrone Ethereum from its position at one time, becoming the highest-market-cap altcoin in the crypto ecosystem.
However, despite Ethereum’s success in regaining its position, Ripple has experienced sustained growth, and its business model has had such an accelerated level of expansion that its corporate vision (although contrary to the spirit of almost all cryptocurrencies) has earned its place as the preferred blockchain solution for banks and corporations regarding payment processing, giving its XRP token the third place in the ranking of coinmarketcap.
According to a report by Forbes magazine, some experts believe that XRP could be the next Bitcoin someday. Craig Cole of CryptoMaps states that Ripple may have what it takes to turn the blockchain into a mass adoption technology. Something Bitcoin hasn’t yet been able to accomplish.

“Its faster transaction speeds and lower fees make it easier for financial systems to embrace the virtual currency, which is partly why Ripple’s value has increased dramatically just this year. Ripple is helping financial institutions save money, and it is only expected to become even more prevalent in payment flows.
The virtual currency is undoubtedly on the rise and has the potential to be the first token to truly disrupt an industry, and if it does, expect XRP to reach Bitcoin-like levels of ubiquity in the near future.”

“Ripple certainly has the potential to move up a notch in 2018, but I think it will be more likely in 2019. As the market observes more projects being coded in other algorithms such as XRP, ETH will likely take a backseat to the next big coin/token.
It will take some time for the markets to digest this, so I am projecting 2019 to be the likely time for it to take place. Of course, with crypto, anything can happen, so watch closely”

Experts are still debating among the Ripple considerations. Some (general lovers of traditional centralized systems) adore the business approach that Ripple offers while others (generally anarchic capitalist lovers of decentralization) despise Ripple as contrary to the philosophy that gave rise not only to Bitcoin but Blockchain technologies in general.
However, Ripple could have a competitor in the short term: The SWIFT system is testing its own Blockchain platform with excellent results, which could lead in the near future to the world’s largest provider of interbank payment solutions offering services similar to Ripple but with a higher level of robustness and Money to invest.
2018 is an interesting year for Ripple. Its development has been quite successful, and new announcements are expected regarding financial agreements to integrate even more blockchain solutions into traditional banking systems