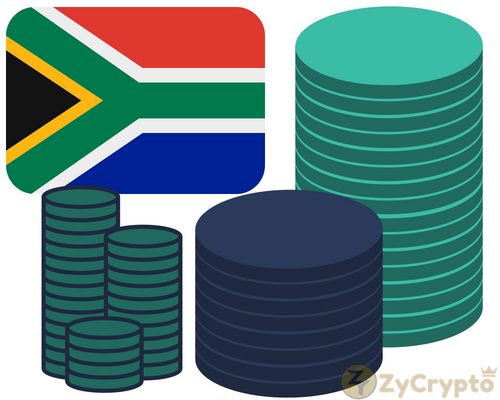 A high ranked official of the South African Central Bank in Pretoria has recently added another name to the long list that has been given to these virtual currencies over time. His reasons were that digital currencies such as Bitcoin and Ethereum doesn’t meet the requirements to be classified as money/currency, so it’s best referred to as ‘Cyber Tokens.’

“We don’t use the term ‘cryptocurrency’ because it doesn’t meet the requirements of money in the economic sense of the stable means of exchange, a unit of measure and a stable unit of value,” the Deputy Governor of the South African Central Bank, Francois Groepe said in a statement while talking to reporters in Pretoria recently. Adding to that he said: “We prefer to use the word ‘cyber-token’.”

One of the major strongholds of the new technology, cryptocurrencies, in Africa is in South Africa. Like many other countries around the world, financial regulators have tried so hard to regulate cryptos as best as they could.
It’s been announced of resent that the South African Reserve Bank, SARB had set up a unit which will review the bank’s position on Private Cryptocurrencies. This is to form a policy framework that’s to lay a foundation for future regulations that’ll govern the financial technology industry.
South African authorities won’t be the first, in the past, we’ve seen so many countries coming up with different names for virtual currencies. Russia has been in the forefront of giving cryptocurrencies names and has called them “digital financial assets”, “digital money”, “electronic property”, “digital rights”, “money surrogates”, among others.
Ireland has as well called the digital currencies what they are, “cryptocurrencies,” but has denied it is a real currency. Cryptocurrency is referred to as currencies only for VAT purposes.
Why The Regulations On Cryptocurrencies, Does The Government Care?
This question has been asked severally. The government speak as though they care about its citizens. They talk about the volatility of the cryptocurrency market and how it was possible for its citizens to lose everything in a sweep.
Though all these are thoughtful of the government to care this much about its citizens, a very important question would be, do they (the government) really care?
One thing we’ve come to see in recent times, the government will only support something they have full control over and since cryptocurrencies are not that easy to gain control over, we’ve seen them speak ill of virtual currencies.