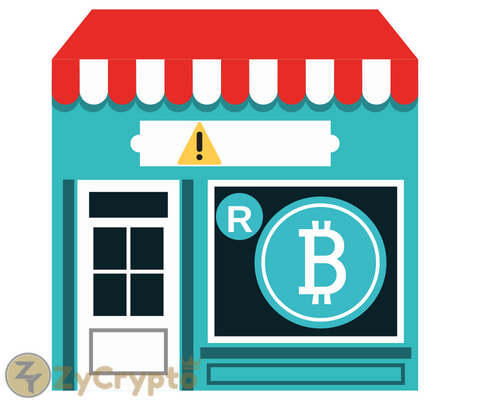 In the world of cryptocurrencies, everything is possible indeed. In a somewhat surprising occurrence, a company operating from the United Kingdom has succeeded in obtaining a trademark for Bitcoin.
While its quite inexplicable how the company could get the trademark, the more worrisome aspect of the whole scenario is that the firm is now threatening Etsy to give up all bitcoin-themed products it is selling; else it will drag Etsy to court.
The owners of the Etsy platform, perplexed by the ugly occurrence took to the Bitcoin subreddit to tell their story. The Etsy team stated they received a letter on May 25, 2018, from a firm which claims to own the UK trademark for the world’s flagship cryptocurrency.
In the letter, it was categorically stated that Etsy must clear all bitcoin-themed merchandise from its store. And all the bitcoin-themed products it has sold must also be recalled and delivered to the trademark owners else they would face a trademark infringement lawsuit.

“I didn’t believe it at first since I knew that bitcoin and the bitcoin logo are public domain, and even a similar trademark application in the US failed,” the shop owner wrote.

Of a truth, many trademark applications for bitcoin has been rejected by other nations in recent times, and it’s entirely not clear how a firm listed as a subsidiary of Monolip LTD and uses a rented mailbox could have gotten the trademark license.
The trademark application was filed since December 22, 2017, when bitcoin and other cryptocurrencies were experiencing a strong bullish rally. However, the Intellectual Property office approved the request on April 13, 2018, and it will be due for renewal on December 22, 2017.
Notably, back in 2016, a Moscow-based firm called M-Group applied with the patent agency to trademark the bitcoin brand. However, Rospatent denied the application, stating that bitcoin had been in circulation even before M-Group was established.
The patent authority also noted that as contained in paragraph 3 of  Article 1483 of the Civil Code of the Russian Federation,

“No trademark state registration shall be granted to designations which are or comprise elements:
“which are false or capable of misleading the consumer concerning goods or the manufacturer of goods; which conflict with the public interest and with humanity and moral principles.”

The deed has already been done. It now remains to be seen whether the firm will sue Etsy to court for trademark infringement because it is definitely impossible for the shop to recall all sold bitcoin-themed products.