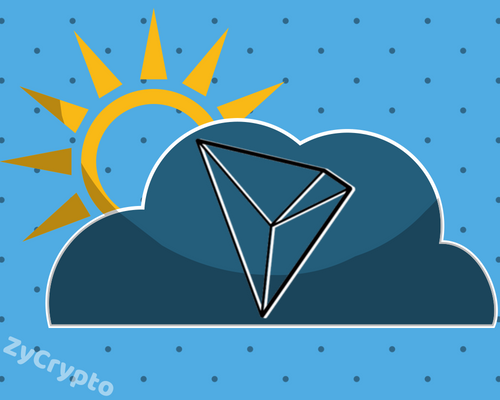 The best thing that can happen to an upcoming major cryptocurrency is to find itself right in the middle of a coveted and very competitive crypto market. Such markets involve Exchanges that list various cryptocurrencies for trade, whereby they can either be converted into other types of cryptocurrencies or cashed in as fiat currency. One of such major exchanges in Asia is Max Exchange.
Well, it’s a new dawn for Tron as the biggest and most popular currency exchange in Tawain moves to add the token to its list of supported cryptocurrencies on its platform. With this, Max Exchange plans for a direct pairing of Tron’s TRX with the new Taiwan dollar, making it easier and faster for TRX holders to seal fiat-to-cryptocurrency transactions at Max Exchange.
Besides the new development, Max Exchange has also announced a planned TRX airdrop to a number of hand-picked users on its platform. Also, any new or current users with their accounts registered on Max Exchange by 30 th June will be eligible to receive about 500,000 TRX tokens.
This listing is the latest of a string others for TRX by various popular exchanges.
Just recently, Indodax, which is the largest crypto Exchange in Indonesia, added TRX on its listing.
That came just after the cryptocurrency had been added by Hong Kong’s CoinEx. These developments position Tron in a much more powerful stance in the cryptocurrency market, not to mention that TRX is already the world’s 9 th cryptocurrency in terms of market cap.

In the runners-up to the string of listings, Tron launched its new software, MainNet, that’s set to usher in the new age as the token ceases to exist as an ERC20 token. The token migration is scheduled to kick-off on June 21 st , after which Tron’s ERC20 token will no longer exist.
After the migration, the TRX holders will then vote to choose their 27 super representatives. The super representatives will be responsible for powering and running the MainNet network. They’ll also be responsible for validating all transactions on the network.
Tron’s ambitions haven’t stopped there. Just recently, Justin Sun, the guy who founded Tron, moved to acquire BitTorrent, the well-known file-sharing internet platform. This and other mentioned progresses in listings and investor-induction campaigns are seen as a major step forward for Tron especially in penetrating the core of the Asian market.