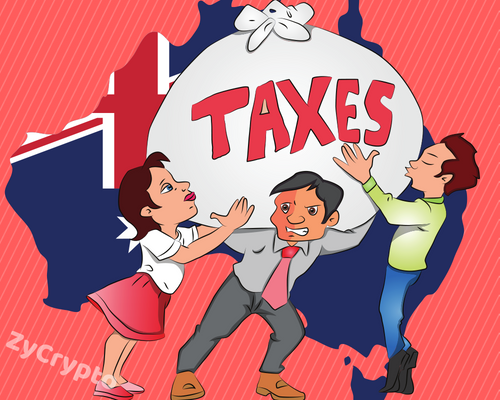 The Australian Tax Office (ATO) is making it known to every crypto trader that transactions involving converting cryptocurrencies into fiat currency are under its microscope. If you make such a transaction, ATO wants you to pay your tax dues.
Generally, it’s been a really fruitful year for cryptocurrencies, with Bitcoin being the major winner. By the start of 2017, Bitcoin was trading at US$2,500. By December the same year, the crypto asset had risen to US$20,000 in value.
Since then, and although it has experienced some setbacks, the lowest it has sunk so far is US$6,000. With that, it’s pretty certain that anyone who acquired Bitcoin before July 2017 has more than doubled their investment value.

Over $30bn Moved In Months

With such developments comes currency flow. A lot of money is being cashed in by people who want to keep their profits in fiat currency. In fact, according to an article by the Financial Times, a report by Chainatysis indicated that long-term crypto holders have moved upwards of $30 billion of Bitcoin value between December last year and April this year, with about half of this happening in December.
And that’s just Bitcoin, suggesting that the amount could be pretty huge if you factor in all other cryptoccurencies in the market. That gives ATO quite a figure to chase for tax deductions. Chainatysis is a research company with a focus on the blockchain technology.
Despite an unsettled debate on what exactly cyptos are in economic terms, ATO has classified them as taxable assets, meaning that the Capital Gains Tax (CGT) that applies to shares and real estate income also applies to profits gained from crypto trading when converted into fiat currency.

Since the CGT only applies when cryptos are traded for fiat currency, it means that if you pay for goods or services in cryptocurrencies, the taxman won’t be bothered. That’s, perhaps, what has inspired the growth of some crypto-friendly tourist towns in Australian hinterlands like Queensland, with the most famous being the Town of 1170 and Agnes Water.
The two beachside towns hit the news as the first tourist towns to payments in cryptocurrencies. There, you can use your crypto wallet to pay for salon
services, restaurants, transfer and coach tickets, train tickets, and even cafes. For all these transactions, you incur no CGT deductions.