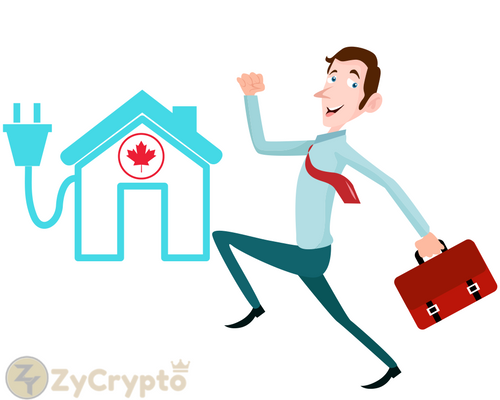 Always considered a younger brother of the United States, Canada has traditionally been endowed with a lot of natural resources. The proposition is further made attractive due to its small population, which means that natural resources are available to all at lower prices due to their abundance as well as less demand due to lesser number of people.
Slowly but steadily, Canada is being home to a new era of digital resources, that is the blockchain and cryptocurrency, as the lower energy prices in Canada means digital currency miners are scrambling to set up their base in the country.
A caveat of any digital technology is that they cannot work without electricity. Blockchains and cryptocurrencies have the same caveat too, and they are extremely power intensive, especially when tokens are created by a process known as mining.
Mining involves the usage of computer hardware to solve complex hashes, the reward for solving hashes are the tokens which form cryptocurrencies. In order to solve these hashes, the computers have to work non-stop which consumes a lot of energy.
Rising energy costs and environmental concerns are things that needed to be addressed with regards to cryptocurrencies as many believe that it poses a serious climate threat.
The cheap power in Canada is produced from a variety of sources, with some provinces relying completely on renewable energy, while others using traditional sources of energy. Energy is generated in Canada as a surplus, which means that costs are low.
Earlier in 2017, the big destination for mining cryptocurrencies has been China, due to its lower electricity costs. But the government crackdown late last year have forced many to shut shop in order to avoid being prosecuted and instead look for other avenues to continue their mining operation.
Canada has a liberal government and a pro-immigration stance, and combining it with the fact that electricity is cheaper there means companies and groups alike are rushing to its shores. The fact that it provides excellent connectivity to the superpower of the world, the United States, is also a big positive in its favour.
For example, the Canadian province of Quebec has tapped its natural resources to produce green energy at one of the lowest tariffs in the world, which have led many companies shifting base to Quebec. The carbon positive nature of the energy generated means that it is sustainable for the environment too.