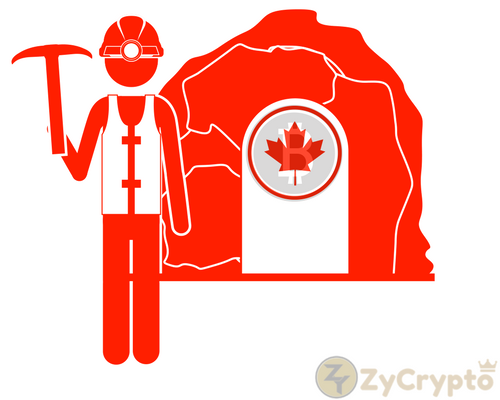 Even though Bitcoin continues to grow, the negative hype it is receiving might be turning off many potential adopters away from the revolutionary technology. You must have come across how across many reports in the mainstream media that castigate Bitcoin and other cryptocurrency mining activities as being an environmental disaster.
There are some reports which suggest that Bitcoin mining alone consumes
more power than Ireland. To make matters even more difficult for cryptocurrency enthusiasts are the continuous reports of Govts from world-over introducing regulations or banning the trading of such assets altogether.
Cryptocurrency markets are still in their nascent stages, which means that any negative report drops the market and the recovery on the back of positive news is not that quick.
Amid all this uncertainty and misinformation, Bitcoin seems to have found an unexpected ally in Canada. Investors and miners are already calling Canada as the second home of cryptocurrency mining in light of the increasing grip Chinese Govt, has begun to exert on the cryptosphere.
As per Cole Diamond, the CEO of Canadian crypto exchange Coinsquare, “Canada
is on the verge of taking a central place in the crypto ecosystem, specifically for mining”. Cole believes that Canada has all the right things to offer to the Chinese miners to move base, these include an open supportive government, cheap electricity, and cold temperatures.
The biggest USP Canada has to offer to the cryptosphere is the willingness of the Canadian Government to embrace the blockchain technology for its services.
The Canadian federal government recently announced that it would be making use of the Catena Blockchain suite for making government research and grant funding allotment more transparent.
Another huge advantage Canada finds itself in is due to the abundance of renewable and eco-friendly energy resources in the country. The hydropower resources of Canada could potentially attract a lot of miners to Canada due to the low cost of such energy.
Canada is famous for its sub-zero temperatures. Low temperatures are the icing on the cake for crypto miners. If the costs of keeping the mining equipment, which generates a lot of heat, is low because of low surrounding temperatures it can reduce a significant chunk of investment on cooling equipment.