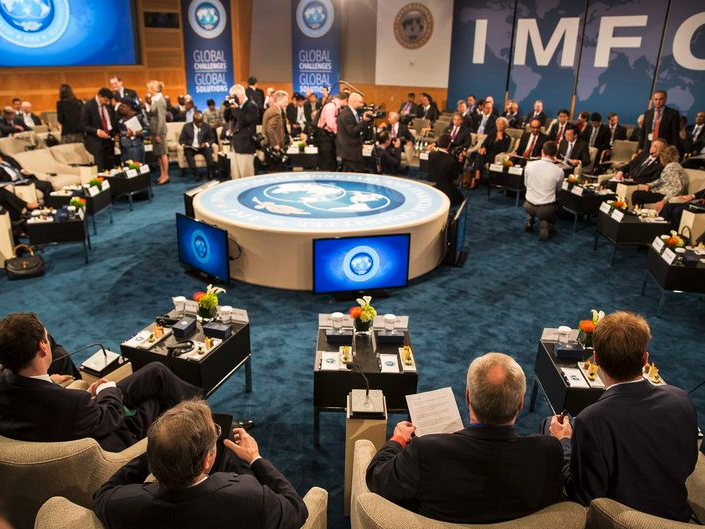 Blockchain-based virtual currencies are becoming global trends. The world number one cryptocurrency, bitcoin has been here since 2009 but only hit the limelight last year, due to its exponential price gain. In-line with the growing popularity of cryptocurrencies, the IMF has called for a global discussion to brainstorm on the best regulatory standards concerning digital assets.
The International Monetary Fund has declared it is now quite crucial for the world to come together and have real discussions about cryptocurrencies. The organisation has warned that digital currencies are very risky because of the massive price swings of the assets. Last week, the IMF spokesman, Gerry Rice said:

“Greater International discussion and cooperation among regulators, yes, would be helpful.”

Although the official did not state exactly what kind of cooperation is needed, it’s most likely that the body is looking to organize the mostly unregulated cryptocurrencies ecosystem as the phenomenal rise in the price of bitcoin in 2017 made institutional investors invest on cryptocurrencies.
Rice reiterated that:
“When asset prices go up quickly, risks can accumulate, particularly if market participants are borrowing money to buy. It is important for people to be aware of the risk-management measures.”
The IMF, whose primary focus is on fostering economic stability amongst its other duties, has now joined a growing list of authorities calling a standard regulation of the Blockchain-based virtual currencies ecosystem.
Last week, the U.S Treasury Secretary, Steve Mnuchin called for an urgent G20 summit concerning digital currencies. He said that the United States is considerable efforts to ensure “bad people cannot use these currencies to do bad things.”
In September 2017, the IMF Managing Director, Christine Lagarde, opined that it is of utmost importance to closely monitor cryptocurrencies due to their growing popularity. She reiterated that:

“Not so long ago, some experts argued that personal computers would never be adopted and that tablets would only be used as expensive coffee trays. So I think it may not be wise to dismiss virtual currencies.”

Criminals
Digital currencies offer many benefits like quick and easy payment transactions;  there are also other risks apart from the possible loss of funds by investors due to crypto market volatility.  Rice reiterated that:
“Cryptocurrencies can pose considerable risks as potential vehicles for money laundering, terrorist financing, tax evasion and fraud.”
It is worth noting that back In December 2017; the United States Police arrested a US-based cryptocurrency investor named Zoobia Shahnaz in connection with using cryptocurrencies for funding terrorist organisations.
There have also been various cases of criminals using digital currencies to perpetuate crime.
Regulating the crypto ecosystem is essential. However, these laws need not be overly strict so that it won’t hamper the continuous growth of the cryptocurrencies market