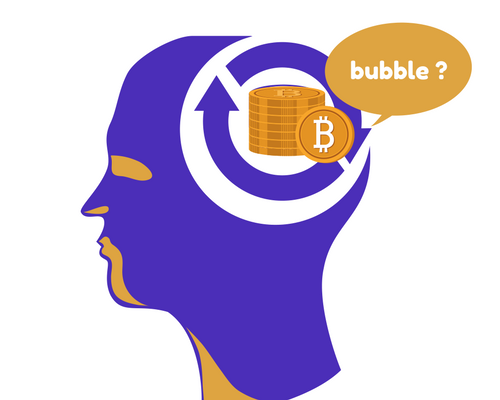 In an interview with the news channel CNBC at the World Economic Forum (WEF) in Davos, Switzerland yesterday, Kirill Dmitriev, chief executive of Russia’s sovereign wealth fund, said the reason why there is no a major commitment in Bitcoins investments in Russia is due to the fear that it may be a bubble.
Mr Kirill said that Russia has increased its investments in key sectors for economic development, which can be studied in a constant and stable way, including bets of trust to IT sectors such as electronic insurance and other initiatives, but when it comes to invest in cryptocurrencies, the land is not yet safe enough for investors to feel confident, despite having high expectations regarding the potential of blockchain technologies.
“Frankly, in Russia lots of people want to invest in bitcoin but we believe it’s a bubble, while blockchain technology will definitely be relevant,” said Mr Kirill when asked by the host to clarify if they were interested or not in investing in cryptocurrencies.
He also stated that they seek to apply a “more aggressive” investment policy, assuming risks that allow them to capture pockets of value (hard to find according to his words) and develop new markets.
Although in previous times he admitted that the policies of the RDIF were aimed at hiring third parties to make the best decisions, then limiting the actions of that Organism to the administration of such benefits, nowadays the efforts are being oriented towards a more active participation in decision making, involving them more directly in the paths they decide to take.
Such course of actions follows the policy of Russia’s President Vladimir Putin to be increasingly independent in key situations such as international relations, economic and social policies.
As of September 2017, sovereign wealth funds around the world had amassed $ 7.4 trillion in assets under management, according to the Sovereign Wealth Fund Institute (SWFI), which represents a significant increase of more than 120% compared to 2 decades ago. This important amount of money has been distributed in relatively stable investments in their behavior, but with constant upward trends.
Bitcoin and cryptocurrencies have been characterized by their significant fluctuations, especially in the short term, representing a highly risky investment and a highly speculative market.
However, despite the opinions of large Russian investors and according to Coindance statistics, investments and operations in Russian Rubles alone in that country had an almost exponential growth, going from 69,381,889 Rubles at the beginning of 2016 to an amount of 1,751,279,858 Rubles for Christmas 2017.

The debate about the possibility of a bubble has been constant in the ecosystem of cryptocurrencies, where bitcoin has increased its value from cents to tens of thousands in a few years. But lately such debate has increased with the loss of almost half of its value after reaching maximum values of almost $ 20,000. Today bitcoin value fluctuates between 10k and 13k against the Dollar.