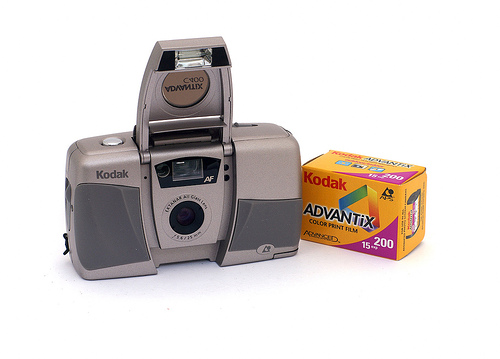 At the Annual Consumer Electronics Show that was held at Las Vegas on 9th January 2018. Kodak, photo specialist company made the announcement of launching a new platform called KodakOne and also a related cryptocurrency KodakCoin.
This platform will allow photographers to register publicly their rights in digital photographs on the blockchain.
The Announcement got hyped a lot among the people and the share market price of kodak got soared from $3 to $13 within a span of two days.
Price on the day before the event ie, On Monday was around $3 while it was observed to be $13 on the day after the event ie, on Wednesday morning.
Detail Description about the platform and KodakCoin token is very unclear. But As we are already aware about the mania of cryptocurrencies that has widely got spreaded in these few years. And Specially in 2017 being the one most successful.Bitcoin prices were skyrocked from being around $1000 in the initial days of the year to above $20,000 in final days of the year.
As per the arstechnica.com, Kodak’s initiative for blockchain technology was actually developed by Wenn Digital, parent company of paparazzi photo Agency. And KodakCoin is the re-branding of an initial coin offering called RYDE coin.Since RYDE coin didn’t got noticed by the community, the project got aborted.
Photographs Licensing on a blockchain sounds to be very unique idea. Use of Copyrighted Photographs without License has always been a challenge for professional photographers.
Theoretically, blockchain payments has the potential to reduce the issues that are involved in photo licensing.
Kodak has really moved forward after getting bankrupt in 2012.They changed their model of business after 2012. Before 2012 Kodak products were produced and marketed by themselves. And then the photography company got collapsed as the film photography cratered.
Now Kodak is licensing its brand to other companies as well.Thus Various other companies develop and sell the products and kodak gets its share of profit as per their contract.
Since the things aren’t cleared yet for KodakCoin and KodakOne, many kind of uncertainty got arose among the investors and people.

“ Useful technology such as blockchain would definitely put forward the opportunities for photography and photographers. It will also solve many usual problems every photo artist faces. But I’m not sure how the currency will be helpful.” says a freelance photographers.

In a search of some useful information on their official site. I reached a page where users were asked to sign up for the updates. I didn’t find any info, rewarding my anticipation. And finally left the site with signing up for updates.
Kodak needs to bring more transparency in ideas and implementation among public. That would eventually reduce uncertainty and will bring so good hopes for company.
featured image via camerapedia