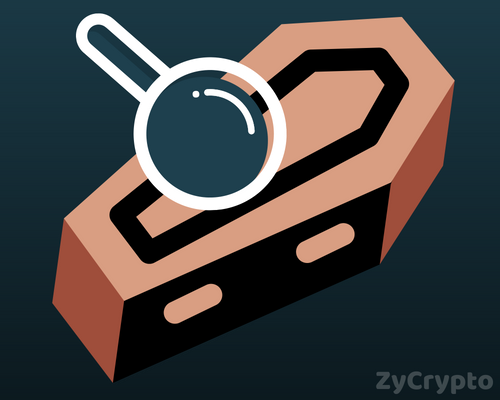 For cryptocurrency world, there was a harsh bit of stock-taking on hand, as analysts report that nearly 800 of the cryptocurrency launched so far now cease to exist. The survivors of the suicidal survival in cryptocurrencies are Bitcoin, Ripple and Ethereum.

End of the Bitcoin Bubble

It was an eventful 2017 for cryptocurrencies. Unlimited number of new coins launched in that year, riding the high waves of hype about virtual currencies. Hence, these coins proved to be just cut-and-paste or tweaked code on white paper being offered as Initial Coin Offerings (ICOs). Investors looking for new opportunities with higher profits found this to be a quick process to make money, and get rich fast.
But by the end of 2017, the bubble had grown too big. Bitcoin value grew to nearly $19,000 per USD. However, towards the closing weeks of the year in December, prices had crashed to a dismal $6,000 per USD. This was disastrous for smaller coins and less popular coins.
One of the industry websites which offers analysis, deadcoin.com also aggregates active and non-active coins in the market. The website lists all types of crypto jokes, about abandoned projects.
Their analysis of the coins they have reviewed established that only handful were able to survive the price crash. They categorized those that traded less than 1 percent as dead.

Deadcoin.com lists coins that have “no communication or tweets for over 8 months now,” as dead coins. One of the many listed here included the Detector Token. Another coin such as SipsCo ( SIPS) Coin was found to have ‘died after 10 days’ after it was trade on coin exchange.
The website lists coins which are scams. One example of this is the Bchconnect (Bchc), which the website called as a ‘lending scamcoin.’  The website also found ‘useless ethereum’ which was started as a joke to cash in on projects, as they do not have any consideration for the after effects of such investment.

‘Useless Ethereum,’ considers investors as proposers “who are going to give some random person on the internet money, and they’re going to take it and go buy stuff with it…Probably electronics, to be honest..Maybe even a big-screen television. Seriously, don’t buy these tokens.”

It also found that despite the spate of investigations which were all wrong, coins that were launched could easily rise over $30,000 and continue to have a market capitalisation of $53,240.  Hence, the speculative characteristic of the currency has been very effective in leading up to the big bitcoin growth.
The bitcoin price burst has thus been responsible for the coins to have crashed to below $1, which is then regarded as ‘dead coin’ systems.

Researchers are also able to locate that the downslide of these coins will run into the following year as well. One of the analysts, Aaron Brown, says: “There has obviously been significant fraud and hype in the ICO market.
I have seen 80 percent of ICOs were frauds, and 10 percent lacked substance and failed shortly after raising money. ..Most of the remaining 10 percent will probably fail as well.”