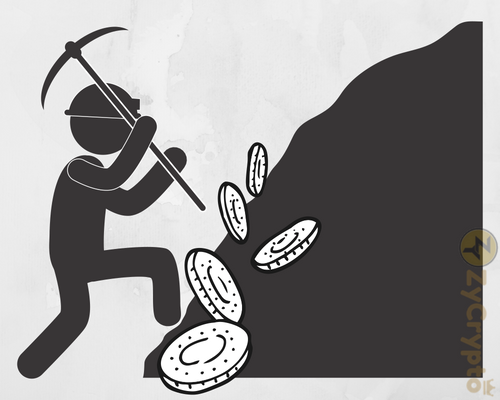 Cryptocurrencies are the latest technology trend among the people of Quebec, was a surprise discovery made by local utility provider HydroQuebec, on Thursday.  The company found that ‘unprecedented’ power demand by blockchain companies in Canada’s technology-hub had left much of the households in the province bereft of electricity.
The company in an official statement halted the supply of power to the fleets of blockchain miners in Quebec until it reframed policies for capacity sharing with energy regulators.

It was not too long ago that Hydro-Quebec had pursued cryptocurrency miners in the province to sell the excess energy it generated in its northern Quebec dams. But, it was caught unawares, with the ‘unexpected’ surge in electric utility consumption by blockchain companies, which superseded their short and medium term capacities.
Hydro-Quebec is in fact positioned well, as the prices for power are among the least priced not only in the province or Canada but in North America itself. Thus the utility provider has been feeding its excess generation to the blooming technology-hubs in the region so as to balance the excess production of power by its northern dam supplies.

The provider has now requested the regulatory body – Regie de l’energie – to make arrangements, such that it is able to supply the full quantity of power these new age miners need over the next few fiscal years.
The request made is to reserve an entire block of energy at a rate which is specific for this category of power consumers. The aggregator also expects the pricing to be factored for winter time demands also.
Quebec municipality and local governments are backing the efforts of the utility provider to maximize its revenues.  Hyrdo-Quebec offers indirect support to the regional technology industry, which currently has the high scope of employment.

Stating that the demand has been ‘unprecedented, ‘ the President of Hydro-Quebec, Eric Filion, stated that “The blockchain industry is a promising avenue for Hydro-Quebec and guidelines  will ensure that the development of this industry maximizes spinoffs for Quebec.”
The corporate leader is well aware of the sensitivity of the issue and believes that his company should continue to meet the demand for electricity, without an increase in rates.  He declared that his company is in quick talks with the regional regulator so as to establish effective guidelines quickly.
Analyst firm KPMG reports that crypto mining power to generate employment in the region is 0.4 direct jobs per megawatt or a higher range of 1.2 jobs. This is lesser than the 5 to 25 jobs that data centers are able to create in the region, states the KPMG report.
CEO Eric Martel, adds that the utility provider has received a high number of applications, demanding in total excess of nearly 9,000 megawatts of energy form a total generated capacity of 37,000 megawatts.
Popular crypto miners in this region are Backbone Hosting Solutions Inc., which is also popular as Bitfarms is one such applicant for higher power utilization as it begins the taxing process of expanding further in the local regions.
However, President of Bitfarms, Pierre-Luc Quimper also made veiled references to power rates being more competitive in other parts of Canada, even as it welcomed Hydro-Quebec’s initiative to support more members of this industry in the province at a commercial level.