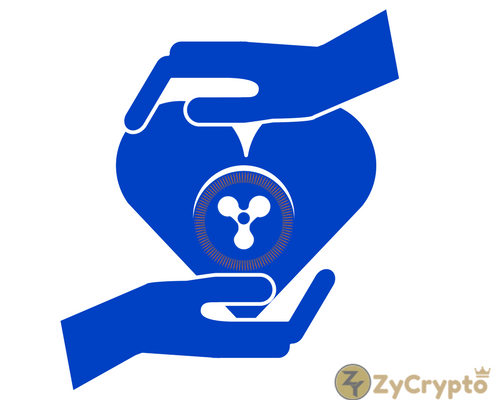 Ripple is not precisely the crypto one would typically think of when it comes to charitable causes. Its exclusively banking purpose and obvious profit-driven focus have given it an antithetical image in the blockchain community of the good things that could be achieved with cryptocurrencies. However, for nearly 30,000 schools in North America, the situation could be entirely different as Ripple could be their guardian angel.

Donors Choose is a charity and social aid platform that aims to “(empower) public school teachers from across the country to request much-needed materials and experiences for their students.” Currently, they exceed several thousand requests, ranging from books to furniture.

However, while it is normal to support a project with which someone feels identified, Ripple went all in, demonstrating once again that when they want to do something, they do it well, and according to ABC7, they didn’t fund one project, they covered each of the applications on the site.

To do so, they donated the equivalent of 29 million dollars in XRP to the platform, which allowed them to cover the 35,000 requests registered on the site. This act of charity would be the most important “crypto-donation” in the history of blockchain technologies and definitely gives Ripple a positive image even for those not involved in crypto.

Charles Best, founder, and CEO of DonorsChoose.org told how this beautiful story happened. Basically, he set up a meeting with Ripple to explain the case of his website attempting to get some support.

“We met two weeks later, and not long after that, they decided to fund all 35,000 classroom project requests on our site,”

According to CNBC, the DonorsChoose team did not expect such an important decision: “To my own shock, they said yes, (…) It was mind-blowing that it would be the largest donation of cryptocurrency.”

Although Ripple’s donation policy states that the donated cryptos must be changed to FIAT immediately, the DonorsChoose team said that they would do so within two weeks to avoid affecting the currency’s pricing behavior with an oversupply. Something similar, although on a smaller scale than the sale of Bitcoins by the Mt.Gox trustee.

A good deed by Ripple, and an excellent example of how cryptos can help build a better future.