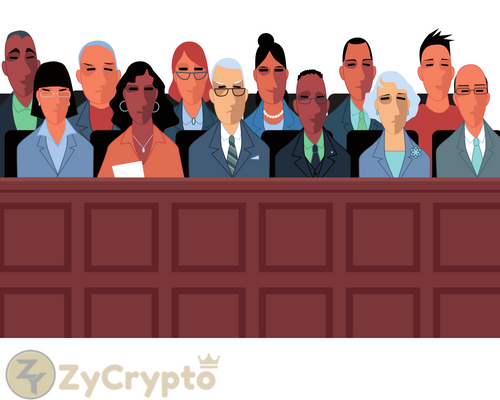 An unknown number of police officers have been caught and taken to court on allegations that had been secretly mining cryptocurrencies for the past four months.
As reported by Finclub, these officers of the National Police of Ukraine were said to have installed a cryptocurrency mining farm in the office and have been generating cryptocurrencies this way for the past four months before they were caught. The officers were said to be members of the Rivne Oblast region police headquarters, communication department.
Further elaborating the situation, Glavcom a Ukrainian news agency outlet said:

“In April of this year, employees of the Department of Homeland Security of the Police Headquarters in Rivne Oblast identified the [crypto mining] equipment at the office of the Communications Department.”
“The same day, the investigator of the regional administration removed from his colleagues two wooden frames, which featured eight graphics cards, six power units, two hard drives, a motherboard and a complete system unit.”

The offense committed by these police officers wasn’t the fact that they mined cryptocurrencies. It was the fact that they used the region’s electricity for mining for their benefit as the investigation clearly stated. The officers were said to have abused their positions and have violated the laws of the service. It is not known how much electricity was consumed during this period for the mining activity.
It’s until now not clear on what the consequences of their offense would be. Probably a suspension or outright dismissal from the police force.
There’s currently no regulation on cryptocurrencies in the country at the moment despite the fact that there have been many proposals that there should be one. Nevertheless, Oleg Churiy, who is the assistant Governor of the National Bank in the country said that the central bank is working to regulate bitcoin and other alternative cryptocurrencies for the benefit of its citizens.
These are not the first Police officers to engage in a cryptocurrency related offense. Much earlier in the year, it was related that some 10 Indian police officers were involved in kidnapping and extortion of cryptocurrencies that was over 200 units of bitcoin from a businessman.
As reported by the Ahmedabad Mirror, the officers kidnapped Shailesh Bhatt and Kirit Paladiya who were locals and took them to a farmhouse. Beating and forcefully made them transfer bitcoins to a designated wallet.
As at last report, 3 of the constables involved have been arrested, and the other seven are on the run.