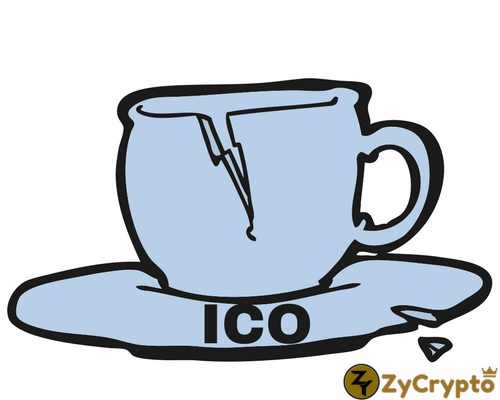 In recent times Initial Coin Offerings (ICOs) have become a viable means of raising capital for blockchain-related startups. However, due to the unregulated nature of the crypto ecosystem, many scam projects have duped a lot of investors in recent times.
Due to this fact, governments are beginning to formulate guidelines for the digital currency ecosystem, and many ICOs have been shut down in the U.S for irregularities. Now, the Hong Kong regulators have hammered down Black Cell ICO project for going against its statutes.

The Hong Kong Securities and Futures Commission, the body in charge of overseeing securities in the nation, has moved to shut down Black Cell ICO due to what it calls “potential unauthorized promotional activities and unlicensed regulated activities. “
The regulatory watchdog has given black Cell Technology, a startup based in Hong Kong a cease order in the middle of its fundraising event.
The organizers of the ICO have promptly agreed, and the token generation event has been suspended indefinitely. All participants who have already committed their funds to the project will be refunded.
The Black Cell ICO project was looking to use the funds generated via the ICO event to build a blockchain solution for agriculture. In the initial plan of the startup, contributors would have been given equity shares in the company after the successful launch of the app. However, the whole program has been cut short by the regulatory body.
In an official statement published by the SFC on March 19, the SFC stated that the ICO has an “unlicensed regulatory activity.” Some parts of the statement read:

“The SFC found that Black cell had promoted an ICO to sell digital tokens to investors through its website accessible by the Hong Kong public, with the pitch that the ICO proceeds would be used to fund the development of a mobile application and holders of the token will be eligible to redeem equity shares of Black Cell.”

Black Cell technology was initially looking to use blockchain to create a mobile food marketplace named Krops. The system would connect farmers and shoppers.
Block Cell is the first ICO project to be hammered down since the regulatory authority issued a warning to all cryptocurrency exchanges to desist from trading unregistered securities.
While Hong-Kong is a relatively crypto friendly nation, the regulatory authorities have made it clear to ICO organizers that consumer protection is their ultimate priority, therefore, all projects that are classified as securities much get registered.