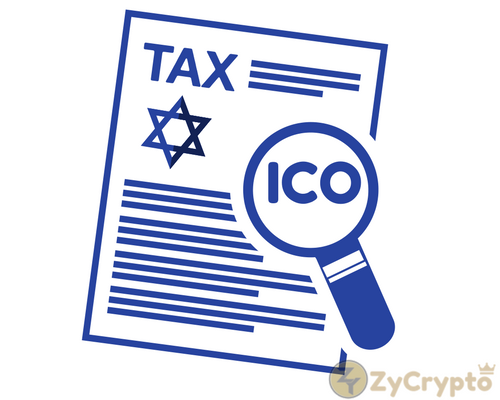 Since the rise of bitcoin and other cryptocurrencies,  small firms and large corporations have employed the use of ICOs in raising funds to enable them enhance their business operations or undertake a new project. While organizing an ICO is prohibited in China, Israel is looking to tax the ICO ecosystem in a bid to regulate it.
The Israeli government is looking to use taxation as a method of regulating their ICO space. The authorities have made this known in a statement  to ICO organizers and investors stating its readiness to impose taxes on the ICO ecosystem.  In the letter, the tax authorities split ICOs into two major parts: service transactions and sales transactions.
Moshe Ashe The Israeli Tax Authority Director explained that this latest development is in a bid to increase transparency in the system.

“The Tax Authority is monitoring the technological developments and is working to provide an answer regarding the tax implications of virtual currency transactions and the issuance of digital tokens, thereby increasing the certainty and tax transparency of those operating in the field.” He noted

As written in the document, ICO projects that raise over 15 million Israeli new shekels (INS) must strictly adhere to the bookkeeping regulations in the existing laws. This will ensure  that ICO organizers remain transparent and trustworthy.
On the other hand, when ICO token holders sell their tokens, they’ll also be taxed.
It is pertinent to note that the Israeli tax authority has earlier declared bitcoin a taxable asset  therefore bitcoin and other crypto investors have to pay a 25% capital gains tax, also,  bitcoin miners and cryptocurrency exchanges will charge their clients a 17% Value added Tax.
With this new regulation, cryptocurrency firms are expected to present their profit and loss statements, as obtainable in other aspects of the Israeli ordinance.  Some parts of the document as translated by Finance Magnates reads thus:

“A person whose income from the sale of tokens reaches the level of a business, his income will be classified as a business income, and it will be subject to tax rates under sections 121 or 126 of the ordinance.”

The authorities will receive comments from all stakeholders in the Israeli crypto space for two weeks before the bill becomes law.
This development is in a bid to regulate the bitcoin and virtual currencies ecosystem in the country.  Israel currently making active plans to create the cryptocurrency version  of its Shekel, and the value of the digital shekel will exactly be the same as the fiat shekel.