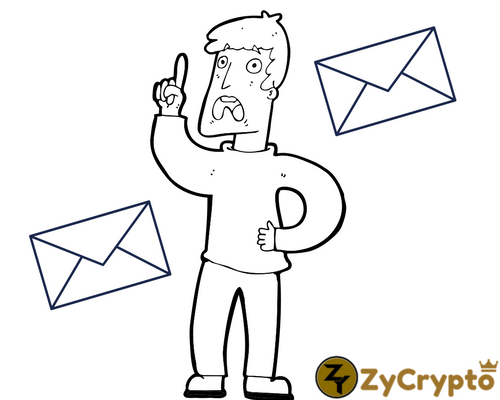 The National consumer watchdog received more than 1,200 complaints from Australians regarding cryptocurrency scams last year
A total of 1,289 complaints were received by Australian Competition & Consumer Commission’s (ACCC) Scam watch in 2017 with the sum of $1,218,206 loss. A warning has been issued to the future investors by the corporate regulator, Australian Securities and Investments Commission (ASIC).
ASIC commissioner John Price told 7.30 “It’s been quite well documented that some of these products are scams, so please don’t invest unless you’re prepared to lose some or all of your money.”
“I was completely destroyed by Igot a bitcoin exchange,” says investor Akram Bekzada. Using Igot for the transaction, he pitched around $20,000 into bitcoin in 2014 when decided to sell, the transaction did not go through. “It’s not a good feeling to lose money “. He and dozens of others have been chasing their money ever since.
Advertising themselves as an Australian entity was Igot’s main selling point. Bitlio a new name for Igot was found online, but 7.30 was told the companies are different by a Lawyer from Bitlio while Igot stayed mum.
About 90% of Igot customers have transferred their holding to Bitlio.
Stern measures on cryptocurrency exchanges
The legislative reform was prompt to take stern measures on cryptocurrency due to its non-transparent dealings. Australia’s financial intelligence agency AUSTRAC has asked cryptocurrency exchanges to register themselves and provide a report on their customers and transactions from April.
Angus Taylor, new federal minister of cybersecurity embraced this move. “We’ve had a lot of cooperation from the cryptocurrencies because they know they need to be legitimate, they know they need to be part of our financial system, and they know they don’t want to be facilitating illegal and criminal activity,”
He said that there is a definite risk of digital currencies being misused and they have acted much earlier than other countries, with a particular focus on criminal activity.
Investing in Bitcoin
In 2013 James Cole a computer programmer started investing in bitcoin and watched it boost up to $200,000. As the market crashed in January, it wiped about $110,00 in just 24 hours driving him to sell his software start-up business.
“There are moments where I made $1,200 over the course of an hour and lost $1,500 over the course of half an hour.” said radio DJ and comedian Toby Halligan. A few weeks ago, he also sold his remaining coins.
The unpredictable nature has provoked bitcoin investors to liquidate.
Bitcoin a vague factor?
Cryptocurrency is the best-known bitcoin. Bitcoin boosted from being nothing in 2009 to UD$20,000 last year. Digital data called blockchain is used by bitcoin to record every transaction. Bitcoin Minors another user checks the transactions. It is a decentralized process and no banks involved.
Mr. Cole said that he thinks the potential for it is huge and that’s it’s a new way of storing value and ownership.