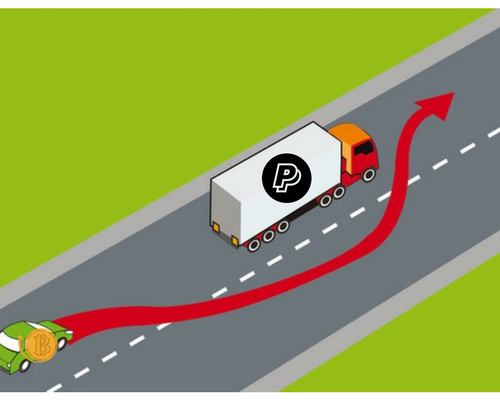 Sci-hub, a site that hosts published journal articles for free, has continued to use Bitcoin for funding due to a PayPal blockade. The continued reliance on Bitcoin as a more unbiased form of funding has worked wonders for the organisation.
Sci-hub is a website that hosts around 64 million academic papers for free. The site is run by a Russian university student named Alexandra Elbakyan. Sci-hub allows people access to academic papers without having to pay expensive rates for published materials.
Paypal, in 2013, deactivated Elbakyan’s account due to an ongoing campaign by publishing company Elsevier to destabilize her work. The campaign includes lobbying efforts and even civil court cases. Elbakyan was relying on Paypal to receive funds in order to invest in larger storage devices.
Elbakyan turned to Bitcoin to continue funding her project and to work around Paypal’s obstructions. The efforts were indeed necessary because other sites, that hosted papers, were being closed down quite regularly.
Sci-hub initially partnered with LibGen in 2012 to help build a large database of journal articles. In 2013 Sci-hub started to outsource articles to LibGen to avoid having to duplicate the process of collecting articles. Such a process allowed Elbakyan to avoid having to pay large overhead costs in hard drive costs.
This strategy, however, proved detrimental when LibGen.org was shut down, removing around 40,000 papers from the Sci-hub collection. The reconciliation method, therefore, proved to have some serious limitations as it coupled her service to vulnerable sites.
This prompted a need to invest in more hard drives and thus start a crowdfunding campaign to afford the devices. Without Bitcoin, Elbakyan would have been reliant on Paypal and would have struggled to resurrect the service.
Academic papers, moreover, are often published by around 5 major organisations and the costs involved can be unaffordable for some. Elsevier, for example, owns over 2,500 journals and charges around $31.50 for access to a single article!
Elbakyan suggests that the costs involved in reading papers presents a ‘paywall’ to students who may come from low socioeconomic status. The paywall in turn can stifle innovation and prevent people from creating life-changing research.
Elbakyan is currently studying a masters program in religious studies and is interested in learning more about how early societies shared information freely. The uses of Bitcoin and other decentralized technologies may further such academic interests in both a theoretical and technical way.
Sci-hub has automated the process of collecting new articles. The site already has access to publishing sites thanks to donations from interested academics. The site, additionally, allows people to point to an article and automatically download it using the list of usernames and passwords. The process, however, can be costly because the publishing companies can retaliate against the academics and take them to court for providing their details.