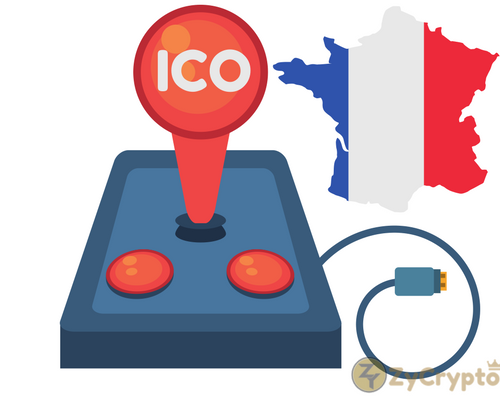 When it comes to cryptocurrency and ICO regulations, all nations do not have the same stance. While countries like the United States, China, and some others are waging war against cryptocurrencies and ICOs, France is looking to formulate laws that would attract more ICO projects to the nation.
In a recent opinion piece, the French finance minister, Bruno Le Maire has said that the nation is making active plans to formulate a robust legal framework for initial coin offerings to make France a superpower in the ICO and cryptocurrency ecosystem.
According to Numerama, the top government official claims to have asked the erstwhile central bank official, Jean-Pierre Landau to formulate a proposal for the legislative framework on cryptocurrencies. In his words:

France has every interest in becoming the first major financial center to propose an ad hoc legislative framework for companies making an initial coin offering.

Landau is nicknamed “Monsieur Bitcoin,” for his love for bitcoin and cryptocurrencies. In February he was made the chairman of the French cryptocurrency taskforce, a body whose primary duty is” proposing guidelines on the evolution of regulations.”
Le Maire has also hinted that in the coming weeks, an action plan will be presented to the government. The document will propose seeing the French regulatory authority, Autorite des marches financiers (AMF)authorize companies to organize ICO projects in the nation, provided the fundraisers work in compliance with the consumer protection laws.
The minister reiterated that blockchain technology would be of immense benefit to startups in the country as they will be able to conduct token generation events without government disturbances.

A revolution is underway, of which bitcoin was only the precursor. The blockchain will offer new opportunities to our startups, for example with the initial Coin Offerings (ICO) that will allow them to raise funds through token. This promises to create a network of confidence without intermediaries offers increased traceability and will boost economic efficiency.

Le Maire made it categorically clear that France has a culture of financial innovation and it’s “determined to enter the world of finance of the 21stcentury by guaranteeing all players the necessary security for their development.”  The finance chief has advised the nation to do its possible best and avoid missing out on the blockchain revolution.
Notably, at the recently concluded G20 summit held in Buenos Aires, Le Maire highlighted the importance of blockchain technology and cryptocurrencies. At the summit, it was agreed that there won’t be a crypto crackdown for now. However, more regulation proposals will come in July.