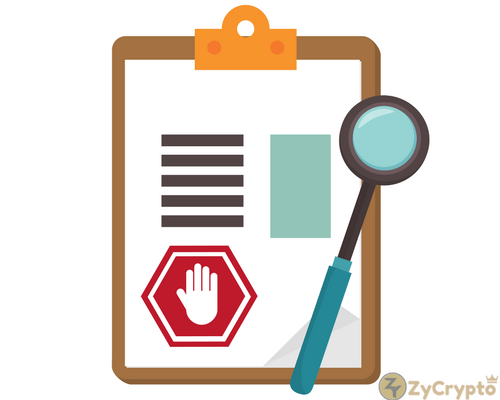 The cryptocurrency Davorcoin has been given a cease-and-desist order from Texas securities in light of its lack of transparency as an unregistered security.
The Texas State Securities Board filed the cease-and-desist order on February 2nd and stated that Davorcoin was issuing unregistered securities.
Davorcoin is reminiscent of Bitconnect which also was given a cease-and-desist order from Texas securities before crashing. Davorcoin, additionally, has an affiliate program similar to Bitconnect which tries to market the coin to a wider audience. They even have various compound interest spreadsheets popping up to promote their lending and referral programs.
Davorcoin, ironically, responded positively to Bitconnect closing and claimed that they now were the number one lending platform in the world. It is this lending platform that raises suspicions of a Ponzi scheme because it promises around 1% returns a day.
Davorcoin has similar graphics to Bitconnect and even has a similar roadmap layout to the previous scheme. Davorcoin, however, has a very rough design that makes Bitconnect look quite polished. The new currency has a whitepaper but it contains little detail about how Davorcoin actually works.
There is still much confusion about the nature of Davorcoin because its blockchain is still a mystery to many. We do not know yet whether the currency uses Bitcoin or Ethereum. The mining operations are done through the platform so it is unclear whether the blockchain even exists. The new currency could be fabricating the entire mining process and issuing a fake currency that can be manipulated when needed.
The Texas securities board zoned in on Davorcoin because the platform promises a significant return of investment making it an unregistered security. The order given may destabilize Davorcoin and limit the effectiveness of the affiliates involved. The platform may crash at a similar life cycle as Bitconnect did or it may even crash early as people may be more skeptical this time round.