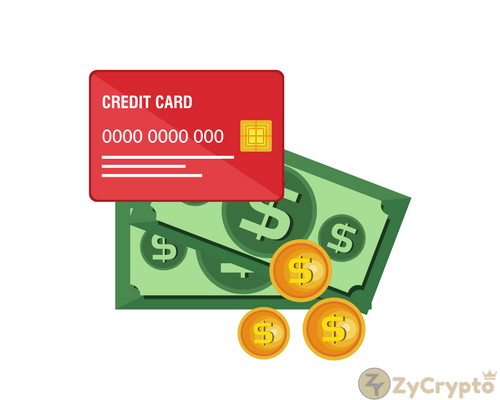 One of the largest digital currency exchanges in the world, Coinbase has alerted some of its clients that purchasing Bitcoin and other altcoins with their credit card is now more expensive as the card issuers are now charging fees on cryptocurrency purchases via credit cards.
The exchange, sent an email to a few of its users, informing them that credit card networks now handle buying of digital currencies as cash advances, which attracts fees and huge interest rates on transactions.
As reported by Investopedia, Coinbase did not mention any particular credit card firm and also refused to make any further comments on the matter.
Mastercard wrote in an email through its representative declaring that:

“Over the past few weeks, we have clarified to acquirers – the merchant’s bank – the right transaction or merchant category to use for these type of transaction (Cryptocurrency purchases). this provides a consistent view of such purchases for both merchants and issuers.”

According to Investopedia, Visa commented on the development through their representative via voicemail saying:

“It would be up to the individual issuer, the financial institution that issued the card, to determine any fees that they might charge for certain types of purchases, so it’s not Visa. We don’t issue cards.”

A Reddit user who said he works with a major credit card firm wrote  in late January that Visa and Mastercard customers were already being impacted. In his words:
“Coinbase has been coded as a cash advance with Visa and Mastercard Transactions. This is impacting the US and Canada (so far as am aware should be any Visa and Mastercard transaction though),” the user further added that:”PLEASE BE AWARE DEBIT CARD PURCHASES MAY HAVE A NON-insert bank here FEE).
Coinbase also wrote in the email to customers stating that:

“Recently, the MCC code for digital currency purchases was changed by a number of major credit card networks. The new code will allow banks and card issuers to charge additional cash advance fees. These fees are not charged or collected by Coinbase.”

MCC is the short form for Merchant Category Code. Card firms like Mastercard and Visa use MCCs to distinguish vendors.
Credit card merchants charge extra fees and higher interest rates for cash advances. For example, one issuer charges an additional $10 or 5% of the transaction, and the yearly interest rate is at 26.24 percent instead of the usual range of  16.24 percent to 24.99 % for regular purchases.
It is reasonable to avoid buying Bitcoin and other cryptocurrencies for now unless you want to pay these high fees.