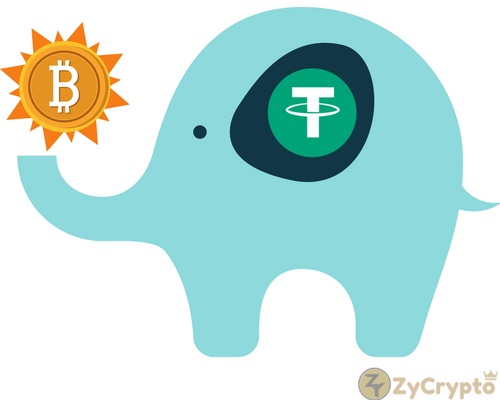 A recent report, written by an anonymous author, forecasts a drop in Bitcoin price due to expected currency manipulation by the stablecoin Tether.
The report was published by an anonymous author who signed off the article with a cryptographic hash string to validate his authorship. The author claims that this was done to ward off any reprisals that may result from the contents of the report. The report can be viewed here: http://www.tetherreport.com/
The report was titled “Quantifying the effect of Tether” and it was published online late January. The findings from the report suggest that Tether is being artificially manipulated, issuing of Tether coin pushes up the price of Bitcoin, Bitfinex coin movements are unusual, and we will see a 30% – 80% reduction in Bitcoin price due to the currency manipulation of Tether.
A group, called 1000X, were responsible for publishing the report yet do not claim to agree with the viewpoints made by the report’s author. The group 1000X are interested in making investment reports to forecast changes in the cryptocurrency market.
Tether is known as a stablecoin because its price mirrors that of a regular currency. One Tether, for example, is always worth $US1 regardless of crypto movements at the time. The stablecoin, thus, is ‘tethered’ to the US currency. This may be useful for trading Tethers as a pseudo US currency instead of having to transfer back and forth with American dollars.
A Tether, for instance, should theoretically have a corresponding US dollar in the Tether system that it represents. The stablecoin can be used to make transactions that are fast and reliable.
Both Tether and Bitfinex were sent subpoenas in early December by the US Commodities Future Trading Commission and both are products of the firm iFinex. There has been a lot of debate recently over the legitimacy of these organisations.
Many people have been suspicious that the issuing of Tether coins may boost different cryptocurrencies. Tether, for example, recently issued US and Euro Tethers over Ethereum and not long after the price of Ethereum went up.
The anonymous report suggests that Bitcoin rises around 40% when new Tethers are issued. The finding suggests that the Bitcoin price is not based on organic market changes but could be produced by forms of market manipulation.
The report used a Kolmogorov-Smirnov test and Benford’s Law to determine whether the printing of new Tether coins appreciates the Bitcoin price and whether the currency movements on Bitfinex are unusual or not. The report argues that Bitcoin price changes coincide with issuing of Tether coins and that the activity of Bitfinex is not organic.
The question about Tether may have had real impacts on the market because after the subpoena was issued to Tether in December the Bitcoin price has gone down 25% since.