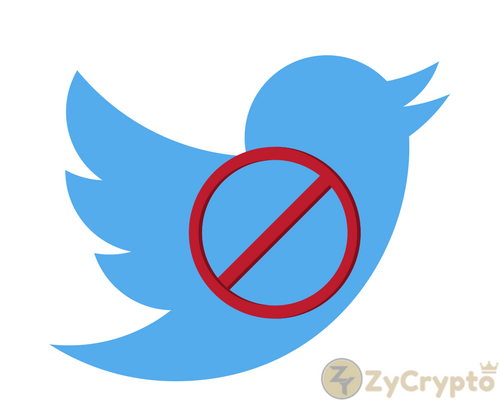 The outspoken critic of Tether and Bitfinex, Bitfinex’ed, had his Twitter account suspended momentarily after accusations were made that he had published private information on Twitter.
Twitter suspended a critic of the largest cryptocurrency exchange for allegedly sharing private information online. The critic, who goes under the pseudonym Bitfinex’ed claims that the suspension was caused by a large number of bots who made the false reports.
The suspension was taken back hours later and a Twitter spokesperson said it was a mistake. Bitfinex’ed has over 400,000 followers with 300,000 being blocked accounts that often attack him with spam and threats.
The account of Bitfinex’ed was initially taken down because of mass reports that he revealed private information. Twitter has a policy that restricts the posts to not include private information. An account, for example, could get suspended if the user revealed private bank details of another person.
Bitfinex’ed is infamous for alleging that Tether and Bitfinex are scams that prop up the price of Bitcoin and operate money laundering. Bitfinex’ed has a Twitter handle @Bitfinexed and also writes regularly in a blog about his analysis.
The accusation that Bitfinex’ed was releasing private information was denied by the blogger. He states that the information he posted was already available on the internet and was even released on popular news organisations such as the New York times.
One accusation that Bitfinex’ed often claims is that Tether is not backed by US dollar reserves as it claims. He points out that Tether has not released an updated audit and that this is evidence of wrongdoing being covered up.
Another accusation of Bitfinex’ed is that Bitfinex and Tether operate a money laundering operation and regularly change their bank accounts to disguise this. One of the ways Bitfinex’ed revealed this possible scam was by posting pictures of the bank accounts that were closed. These posts were the target of the bots and the subsequent suspension from Twitter.

Twitter And Its Influence On The Price Of XRP, Bitcoin, and Ethereum