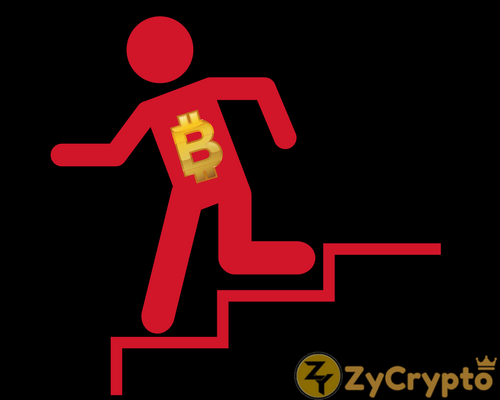 Bitcoin forecast: News of a trade war and dwindling transaction averages may push BTC under $10,000
The Bitcoin price may fall under $US10,000 this week despite the adoption of SegWit because negative news about a trade war and dwindling transaction averages may hold the currency down.
The Bitcoin currency has seen a lot of positive news lately with an increase in price of 21% over the previous weeks. The price isn’t rising extremely fast but the price rise is quite reassuring given the recent lows that BTC fell to and the fears of a bubble in the mainstream media. On the contrary, the coin seems to be weathering the storm and is becoming a trusted source of exchange.
One wouldn’t be blamed for suspecting an immediate price rise given the introduction of Segregated Witness (SegWit) on many exchanges this week such as with CoinBase. The introduction of Bitcoin Core 0.16.0 should impact the popularity of Bitcoin significantly given that it will lower transaction costs.
CoinBase plans on implementing SegWit with 100% coverage by this week which could give BTC a good boost for transactions. Many CoinBase customers are already taking to social media and are reporting lower fees from the roll out. CoinBase is the largest US exchange for cryptocurrency and one would expect such a change to impact the market.
The transaction data for Bitcoin, however, spells bad news for a ‘bull run’ because it just hasn’t picked up that much. Transaction volume can be a key indicator of price rise and yet BTC has slumped in this regard. The introduction of SegWit may attract more trade but the low transaction averages may hold down a price rise for at least another week.
The Bitcoin transaction average is down from 400,000 in December to around 200,000 this week. And just to put things in perspective, the transaction average was this low when the BTC price was around $500. It seems like the BTC price acts like a marionette, moving to the whim of the transaction average.
A trade war, to make things worse, has loomed over the news headlines this week with tariffs introduced for both steel and aluminum. The Trump administration claims that this is a vital step for ensuring American jobs are maintained yet the Dow Jones and S&P500 slumped after news hit the stands.
We may see a delayed slump with BTC this week in reaction to the trade war and this may push BTC under $US10,000 once again. The price may bounce back above $US11,000 in over a week because of the increased transactions due to SegWit implementation. The trade of $US9,000+ BTC, however, may be a good investment if Bitcoin were to hit another ‘bull run’ later in the year.