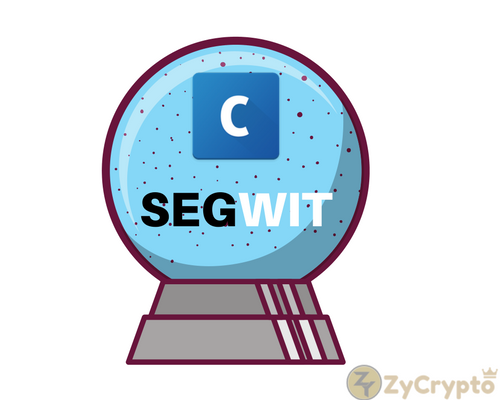 Coinbase announced that they will be introducing Segwit support for their customers in the coming weeks which will lower fees/time for BTC transactions.
The announcement came on Monday 5th February that Coinbase will add Segregated Witness (SegWit) support for customers. Segwit improves the scalability of Bitcoin and lowers both fees and processing time for BTC transactions. The new feature will be available in the next few weeks for Coinbase customers.
The scalability of Bitcoin has become a big problem recently to the point that crypto users have moved away from the currency simply to avoid the costs involved. The scaling issue has also been raised at Bitcoin conferences as a key focus for 2018 and beyond.
Coinbase customers signed a petition a month ago resulting in 12,000 signatures asking for the platform to integrate SegWit. The interest in the upgrade comes as many people are irritated by the impractical transaction fees associated with Bitcoin.
The integration of SegWit into Coinbase has large ramifications for Bitcoin in general because Coinbase is one of the largest wallet providers on the market. Some analysts have estimated that Coinbase could handle half of all transactions.
Coinbase may actually improve the Bitcoin system by introducing SegWit because they may reduce congestion on the network and improve the efficiency of Bitcoin in general. The change, therefore, may improve the price of BTC because the entire Bitcoin ecosystem is affected by it.
Bitcoin transactions on Coinbase, at this point in time, are impractical because the fees are too large for small payments. A person, for example, who pays under $10 in Bitcoin may have a fee above $1.
Bitcoin seems like it is failing on its promise to provide fast and cheap worldwide payments because Coinbase can be quite expensive to use the cryptocurrency. The average Bitcoin transaction fee is $19 which seems contrary to the vision of cryptocurrencies.