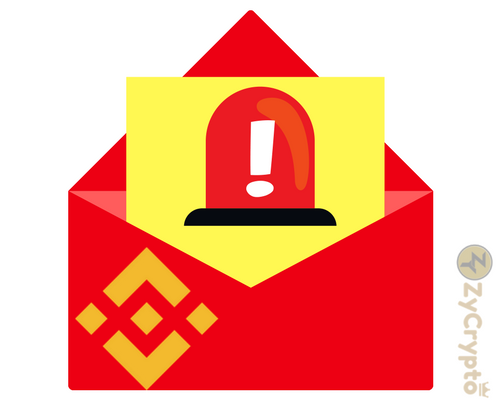 One of the largest cryptocurrency exchanges in the world, Binance, has received a stern letter from Japanese authorities. The letter, sent by Japan’s Financial Services Agency, has demanded the company to register itself following Japanese rules and regulations in order to operate in the country.
The news was first broken by the Japanese publication Nikkei. Nikkei also reported that Binance was threatened with police action if they refused to cooperate and comply with the demands of Japanese authorities. But this was later rubbished by Binance’s Chief Executive, who called Nikkei report about police actions as baseless and false news.
Although failure to accede to the authorities demand would theoretically result in the closure of operations, the Japanese authorities have been known to talk to the other party instead of implementing harsh consequences. But, nevertheless, Binance is in a vulnerable position, as it’s a company based out of Japan, in the city state of Hong Kong.
Binance’s chief executive, Changpeng Zhao, also blasted Nikkei for reporting parts about the letter and claimed that the media house came to know about the letter first before the company came across the letter. Taking to Twitter, Zhao complained vociferously against the media house, calling it irresponsible and spreading false news about the police action.
Zhao further said that the company is working closely with Japanese authorities including the Financial Services Agency in order to get a solution. He also said that the company is committed to operating in Japan and aims to follow all the rules and regulations of the land for the benefit of the Japanese government, the consumers as well as the company interests.
He reiterated about Binance’s core principles and said that they would take each and every step to ensure that their users’ interests are kept as the topmost priority and would not compromise regarding their user’s data or interests.
The letter, originally written in Japanese, says that they, or the Japanese Financial Services Agency or the JFSA, wish to inform Binance that they have not registered under relevant Japanese laws to conduct cryptocurrency business in the country and they should register immediately under the relevant financial guidelines in order to operate lawfully in the country. The letter ends with the contact details of the FSA monitoring team in case of any inquiries.
Prior to China’s crackdown on cryptocurrency exchanges last year, Binance was based in Hong Kong with satellite offices around cities in China. But those offices shifted to Japan as the country is welcoming towards cryptocurrencies as well as not far from their Hong Kong headquarters. Binance also has company registrations in many different countries.