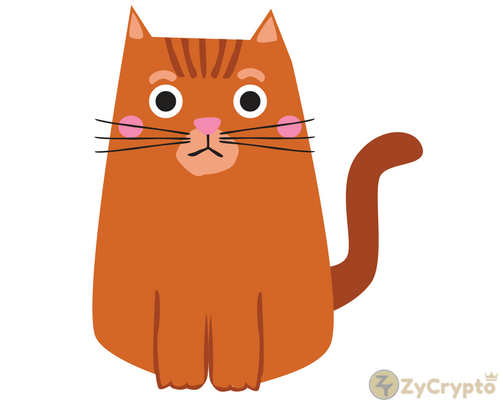 CryptoKitties, a game created by the Blockchain Startup Axiom Zen, which allows players to collect kittens through the use of the Ethereum platform, has raised at least 12 million dollars thanks to the funding of a group of investors, of which the capital firms Andreessen Horowitz and Union Square Ventures stand out.
“The future is meow.” This is the culmination of the post in which the creators of the popular game announced the investors who support the initiative. These include leading personalities related to Zynga, Coinbase, Token Summit, BitFury, and Flickr.
Since it was announced, Cryptokitties was a real success, having such a massive activity that it practically threatened to collapse the Ethereum network with its transactions.
It’s no wonder that such a successful game has the support of so many figures in the world of software and entertainment. CryptoKitties started the trend of games based on blockchain technology, rethinking the traditional blockchain scheme to bring smart contracts closer to the world of fun. However, many people take kittens seriously, doing real business as if they were stock exchanges.
The rarity, characteristics, and scarcity of each kitten will make it worth more or less in the market, some of them costing several tens of thousands of dollars.
After the release of crypto kitties, many other similar games have emerged, crypto bots, crypto celebrities, crypto all-stars, crypto nations, are some of the best known, but the list is immense and the games available range from the traditional “rock, paper, scissors” to the development of augmented-reality-technology based games as Bit Runner.
The firms above are already known in the investment world for the excellent decisions they make. While Andreessen Horowitz invested in Facebook as it began its journey, Union Square did the same with Twitter, attesting to the profitability and knowledge of the business that both firms run.
It is expected that the code and options within the game improve, companies follow closely the developments of startups (and of course, so does the competition), and there is always a need for innovation especially in a world like the video games where new proposals are constantly emerging.