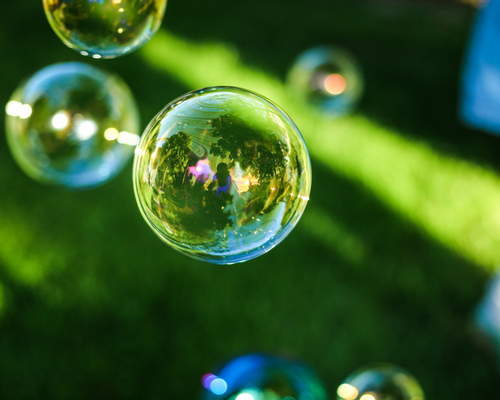 Stefan Hofrichter, head of global economics and strategy at Allianz global, claims that Bitcoin is a textbook-like bubble that will inevitably crash.
Hofrichter is so confident that Bitcoin is a bubble that he believes we should be more focused on ‘when’ it will pop rather than ‘whether’ it will pop. He believes the digital currency has inherent flaws that will inevitably seal its fate on the global market.
Allianz recently released a report that outlined Hofrichter’s ideas including a list of boxes that tick Bitcoin as a bubble. This list includes surging trading volumes, lack of regulation, and launches of financial instruments such as Bitcoin futures.
The report further compares Bitcoin to the 1990s IT bubble and the 1980s Japanese bubble. Bitcoin seems to surpass these previous bubbles in sheer volume and impact at the same time. Hofrichter points out that the “hyperbolic price movements” of Bitcoin are bubble like in nature.
Hofrichter goes further with his critique of Bitcoin by claiming that its intrinsic value must be zero because it has little claim over human beings. The digital currency, for instance, isn’t used in the same way as traditional currencies are used to issue income streams.
The report also mentions the usual critiques of the Bitcoin system including the rising costs and high latency times to conduct transactions. These inherent problems, if not fixed, may speed up the process of popping the bubble suggests the report.
Hofrichter reminds people that Bitcoin is very different to Gold and that for one thing Gold has been a trusted source of value for over two thousand years. It seems like a valid argument that something so volatile and new may be a synthetic form of currency that lacks the support given to other more established forms of value.
Hofrichter concedes, however, that blockchain technology may outlive Bitcoin because it can be adopted by financial institutions as an effective means of balancing the books. These attitudes are not uncommon in the financial sector at the moment with critique of Bitcoin often coinciding with praise of blockchain innovations.