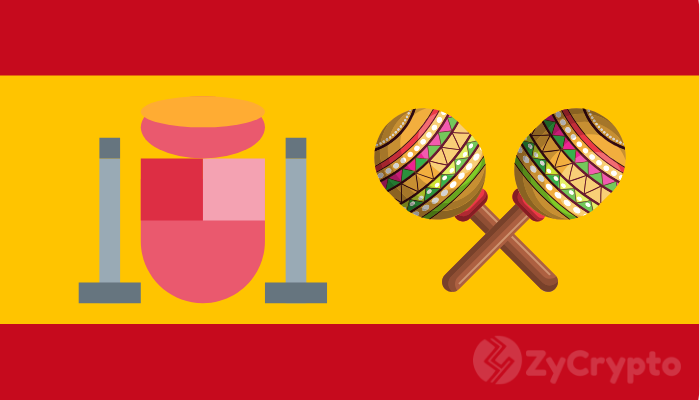 Malta may have been the most talked about European country that pioneers cryptocurrency and blockchain activities. With exchange giants like Binance, Okex situated in Malta, as well as Blockchain firms which has led the country to bag the title “ Blockchain Island”, the Spaniards have been peering in closely and taking as much notes as possible, making it the next EU country to ascend in its adaptation of Cryptocurrency and Blockchain. Between March and April, a survey carried out by a Dutch financial giant ING revealed that a good 10% of Spaniards are invested in cryptocurrencies.

I have seen a lot more serious businesses in and around Barcelona start accepting Bitcoin and altcoins – from shops to restaurants that cater to tourists to the kind of places that only locals frequent.” _ Crypto investor, Jordi Calabia.

Back in July, it was discovered that five Spanish-speaking universities located in Europe have channeled social interests amongst scholars into institutional courses ranging from Bitcoin, Ethereum, blockchain, ICOs, smart contracts, and crypto-economics.

Spain: Spain tops the list with three universities including Universidad de Alcaláone, one of the oldest European University dating as far back as 1293. With postgraduate courses like Master in Ethereum, Blockchain Technology and Crypto-Economics, and other programmes that offer a diploma in Bitcoin and blockchain within just six months, an upsurge in millennial involvement with cryptocurrency, either as investors or analysts is certain to surface in the coming months.

One Venezuelan and Argentine university have also accommodated single courses in the crypto field.

The Fight Against the Government

Earlier in October, the Spanish government had signed a draft bill that subject Spanish cryptocurrency investors to unveil their crypto holdings in order to create transparency for tax assertion on digital assets. The twist, however, is that traditional banks have also expressed interest in owning cryptocurrencies, showing that independent citizens are not alone in their desire to hold crypto wallets.