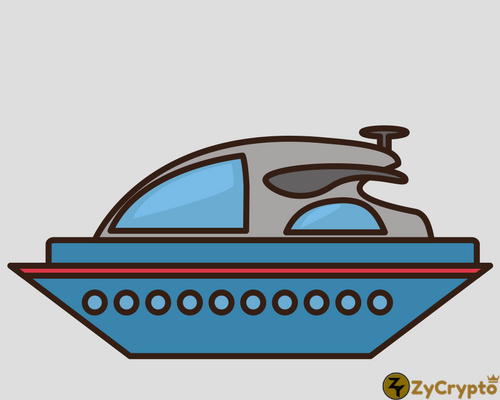 Denison Yacht Sales, Inc, a Ft Lauderdale based company recently announced that they would take a step forward in the innovation of their business model, opening up to the blockchain era by adopting bitcoin and other altcoins as an accepted means of payment for the purchase and sale of the yachts they offer.
According to what can be seen on their homepage, this idea is not new: It was already spinning on its CEO’s head since 2014 when a partnership with BitPay platform was announced, but as a result of the shady panorama and the lack of credibility on BTC, it took 3 years for adoption of other cryptocurrencies to become a reality.
However, even though this new policy has not yet materialized its first sale, Mr. Bob Denison (Company’s CEO) claims that it has raised interest among lots of potential investors, with many negotiations still in progress (something normal considering the high prices of Yachts which can surpass prices of several tens of millions of dollars).
This new step towards the future also represents a business opportunity for speculators, who can see significant gains from playing with the volatility of bitcoin. For example, one of the yachts offered, the Light Holic, is being sold for $44,665,200. If it were to be bought in December using bitcoins and sold in January in dollars, the potential investor would have generated an average profit of $22 million dollars.

The official announcement for the launch of a payment platform in altcoins was made at the Miami International Boat Show, an annual boating trade show. “It is our job as the dealer or broker to make purchases as easy as possible. So for us this is just another effort to come to where the client is,” said Mr. Denison.
Mr. Denison believes it is the right move into a wider adoption of a new era for finances. He does not consider that the appeal of cryptos is not anonymity but convenience:

“There is a misnomer about cryptocurrency, that the only reason people are moving in this direction is to be anonymous. Then you start having that conversation about the legal underworld part of it,” (Denison told CNBC). “The more you get people transacting in bitcoin for things like cars and homes and boats, the more obvious it is that this thing is a lot more transparent.”

It is expected that after the first announcement, operations in BCH, ETH and TRX start to be made soon